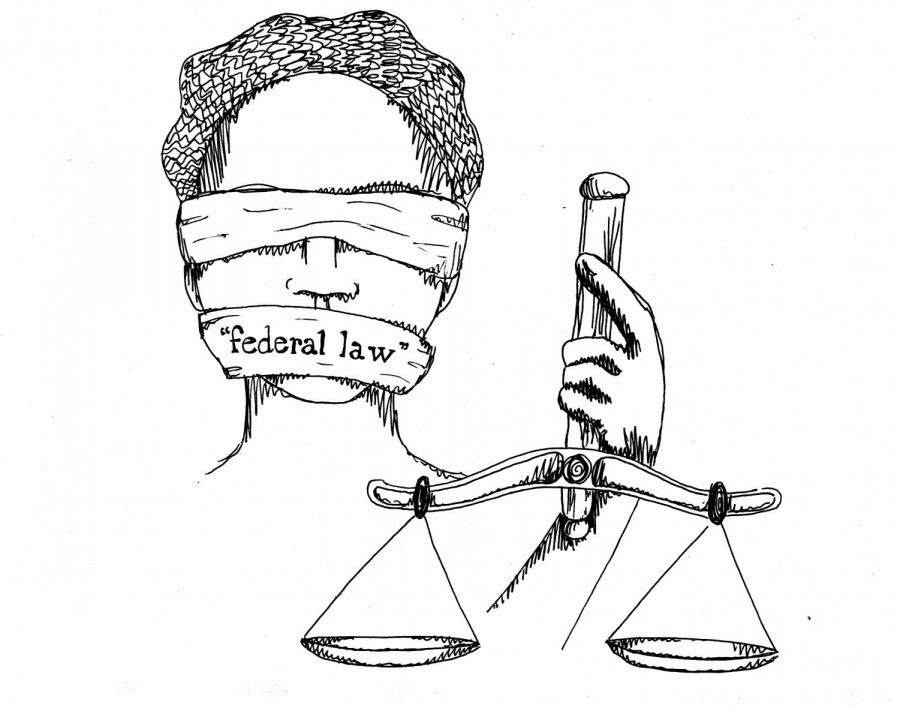 THEIR LIPS ARE SEALED

The issue: WKU announced on Thursday the resignation of head men’s basketball coach Ray Harper along with the suspension of three players after the conclusion of a University Disciplinary Committee hearing.

Our stance: The university is citing federal privacy laws that prevent them from discussing the circumstances surrounding the suspensions, and this casts the men’s basketball program, the athletic department and the university in a bad light.

On Thursday the university issued a statement that Harper had resigned and that three men’s basketball players had been suspended from the team after a University Disciplinary Committee hearing Wednesday night. In the release, Athletic Director Todd Stewart refused to comment on the situation, citing federal law.

“Federal law prevents us from public discussion of any details related to student disciplinary cases,” Stewart said in the release.

The law Stewart is claiming protects the players — Fredrick Edmond, Marlon Hunter and Chris McNeal — from the results of their University Disciplinary Committee hearing being publicized is the Family Educational Rights and Privacy Act (FERPA). The act protects students’ “educational records,” which includes disciplinary information.

President Gary Ransdell told the Herald on Monday there were no plans to disclose any more information about Harper’s resignation and the players’ suspensions, but they are related.

Rumors are swirling about this situation, and some of the worst ones make the men’s basketball program and the university look bad. The fact that the administration is refusing to reveal any useful information is shady and makes it seem like they have something to hide.

The Herald has confirmed there are no police reports involving the any of the three players filed with the Bowling Green Police Department or the University Police, which points towards no criminal act occurring. However, because of the structure of WKU’s Judicial Affairs department and the disciplinary process, any information regarding hearings that could potentially deal with criminal acts addressed only at the university level is prohibited from being publicly disclosed. For what reason? You guessed it – FERPA.

The Herald also submitted multiple open records requests for email correspondence between several WKU administrators, including Ransdell, Stewart and director of Judicial Affairs Michael Crowe in an attempt to establish a timeline for the process. Just before press time, we received word that all five requests were denied. If you’re wondering “was it FERPA?” – congratulations! You’re correct.

Do they not recognize the dark cloud currently being cast over the men’s basketball program and the university as a whole – or do they just not care?

Zach Greenwell of the Bowling Green Daily News reported the suspensions are not due to academic or NCAA issues. We’ve already established no criminal complaints regarding the three players exist with local law enforcement agencies.

Lest we forget the swimming and diving programs were axed for five years due to allegations of hazing last spring. The suspension of the team was dealt with in a public fashion due to a police report being filed. The university and the athletic department was praised for their swift handling of the situation, but this is different.