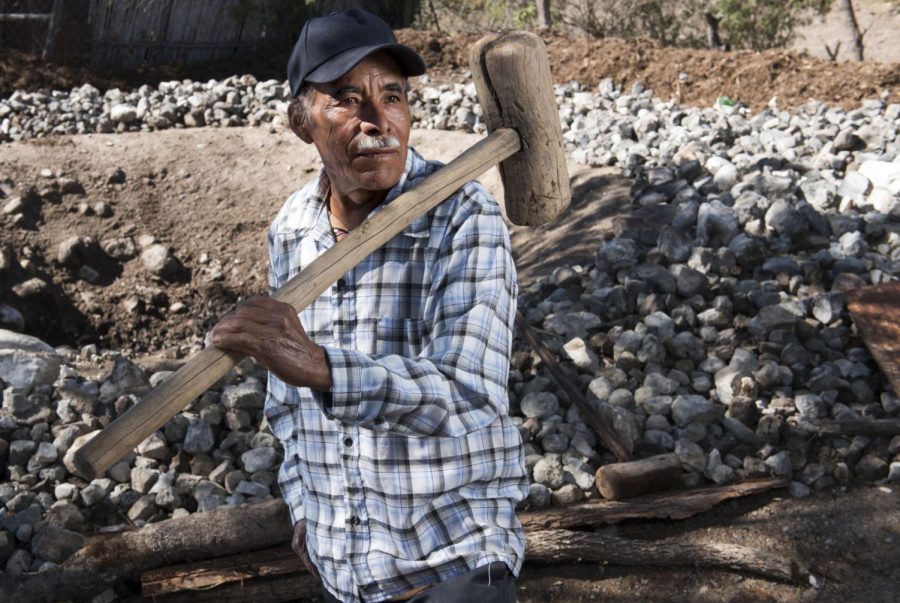 After following orders and working in rough conditions in the construction industry for 40 years, Bretoldo Rosario, 70, of Santa Ana, decided to become his own boss. Now he’s a maker of mezcal, and it’s provided him much more in the 13 years he has produced the drink compared to what his tenure cutting through mountains and building roads gave him and his family. Rosario has sent his two sons to college, built a new home and provided for his needs with the drink that he sells for 80 pesos per liter, which equates to around $4.60 USD. However, making mezcal still is no easy task. Each cooked maguey plant is crushed by hand with a “mazo”, or hammer, before it’s transferred to a fermenting cauldron. “I wanted to do this work, to get away from the hard life of a construction worker,” Rosario said. “It’s my own job, and I get to do it my own way. There’s a lot of pride behind that.” Nick Wagner/HERALD