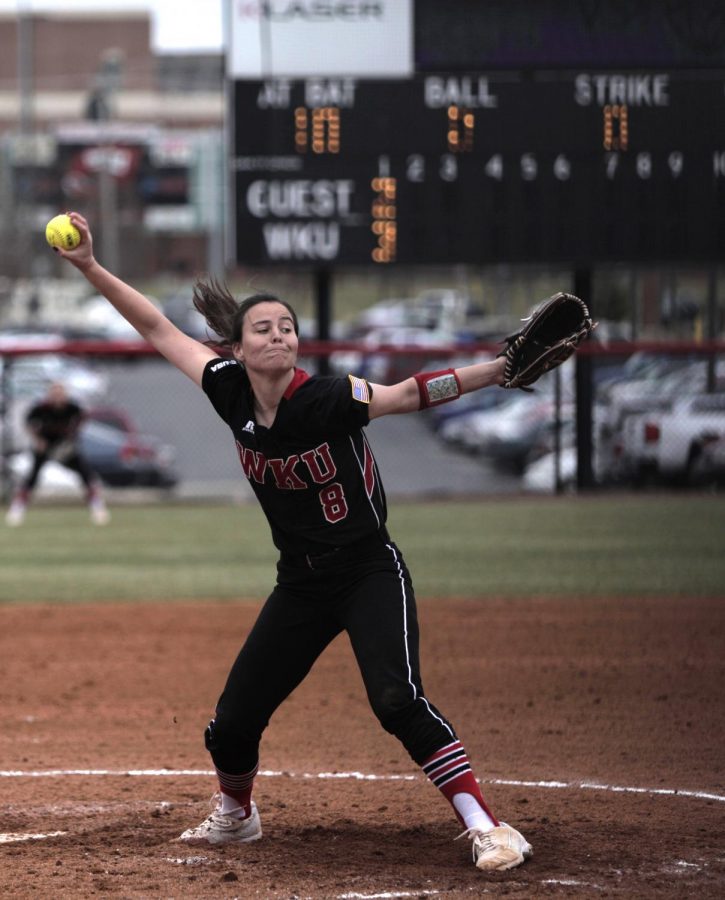 The WKU softball team lost 7-0 to Mississippi State, host of the Bulldog Slamboree tournament, after three other losses and a win during the weekend in Starkville, Mississippi.

The game began late on Sunday due to the previous game running over. The Lady Toppers let several Mississippi State runners cross home in the first inning, then held decent defense until the last few innings where the Bulldogs nabbed three more runs.

WKU was first up to hit, but notched no runs in the top of the first. Mississippi State then stepped up to the plate and scored four quick runs. Junior Katie Anne Bailey, senior Kayla Winkfield, junior Caroline Seitz and junior Mackenzie Toler scored in that inning for the Bulldogs.

Neither team scored any runs during the second, third and fourth innings. It was not until the fifth inning that the Bulldogs began to finish what they started in the bottom of the first.

Freshman Kat Moore, sophomore Carmen Carter, and Winkfield scored for Mississippi State at the end of the fifth, making the score 7-0. This would remain the final score of the game.

Junior Kathryn Downing pitched for WKU for the majority of the game, while sophomores Hannah Parker and Kelsey Jernigan also contributed 2.2 innings total.

WKU had a total of two hits, one each from two freshmen, utility player Bryce Holmgren and outfielder Kelsey McGuffin in the seventh inning. Mississippi State had a total of five hits on the day.

The Lady Toppers face five more road games next weekend. The team will face Mississippi Valley State on Friday and then Conference USA foe Louisiana Tech in two games on Saturday and one on Sunday.