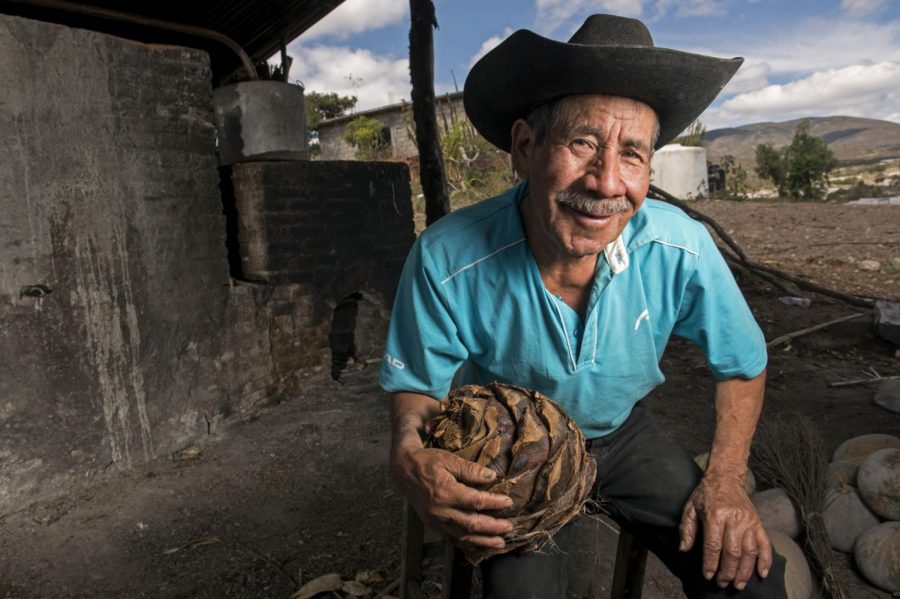 It was at the age of 18 when Eusebio Rios first got his hands on a maguey plant and his father introduced him to the process of making mezcal, an alcohol similar to tequila in that it comes from the agave plant. Where the two drinks differ is what makes mezcal an increasingly popular artisanal drink throughout the United States. Rios, 68, of Santa Ana de Miahuatlan in the southern state of Oaxaca, Mexico, dedicates countless hours to make a drink locals consume like water. For first timers, the taste can be flooring, but with time, the smoky flavor can be appreciated. However, a recent jump in prices of mezcal has put a damper on the flow of the drink, and it’s due to a much larger problem. Over the last few years a spike in popularity across large swaths of the United States has put a strain on what was only produced for small towns throughout rural Mexico 20 years ago. Now growers have had to increase prices for the plant that takes anywhere from 8 to 12 years to reach its full size, and the lack of maguey is threatening livelihoods. “With this job I survive. I’m proud because it’s honest work,” Rios said. “It’s a tradition that others have done before me, and I am carrying it on.” Nick Wagner/HERALD