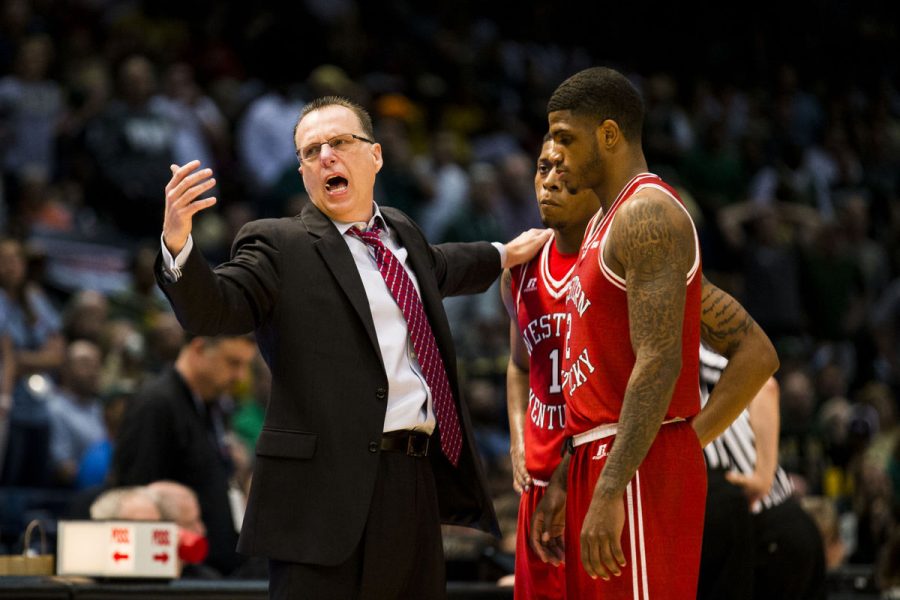 WKU’s head coach Ray Harper calls the team together during a timeout in the Hilltopper’s 88-77 win over UAB in the quarterfinals in the C-USA tournament Thursday at Legacy Arena in Birmingham, Ala. The win over the top seeded Blazers advances WKU to the semifinals where they will face either LA Tech or ODU. Mike Clark/HERALD