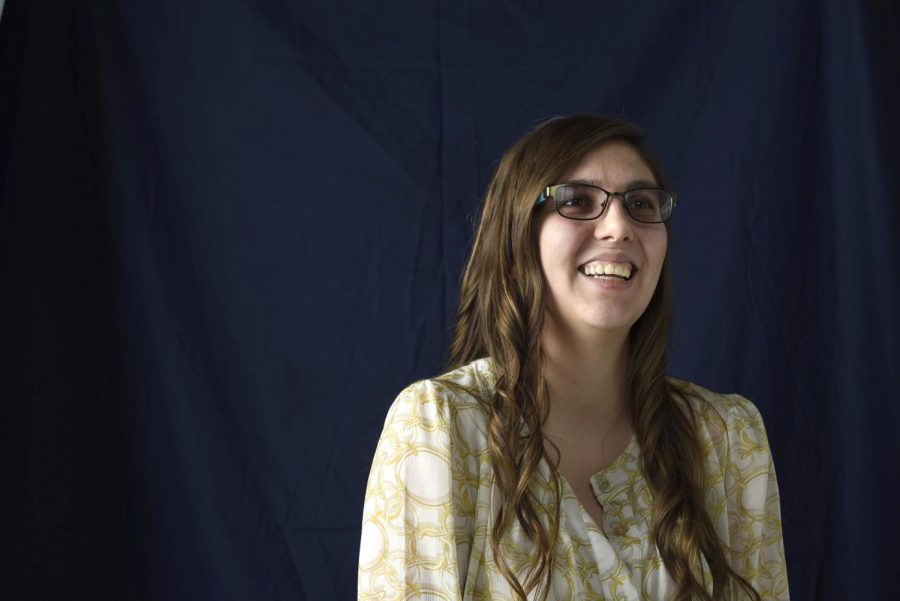 Centertown graduate student Lelsie Ford recently received a 40,000 dollar grant to continue her studies on water systems management in the Netherlands. Ford is currently sponsored by the Rotary Club in Bowling Green and received the grant money from the national Rotary Foundation. Josh Newell/HERALD

Graduate student Leslie Ford has been awarded the Rotary Foundation Global Scholarship to study water services management at the UNESCO-IHE Institute for Water Education in the Netherlands and, in the process, gain her second master’s degree.

The institute is the world’s largest international water training institute with students from over 162 different countries, according to a spokesperson from the institute. Ford will be in a classroom with huge diversity, which to her is “pretty cool.”

Water Services Management programs teach students how to examine different areas and understand what their water needs are.

Three weeks of the program will be spent in Spain and Portugal as participants look at how water is supplied to different areas with varying supply needs.

Ford is no stranger to traveling, especially traveling to study water systems; she has done field work in both India and Tanzania.

“I wanted to apply for the Rotary scholarship, and I knew I needed to make myself competitive,” Ford said, “so to do that, I decided to conduct a water project while I was studying in Tanzania.”

This project consisted of Ford and William Mkanta, a leader for the Kentucky Institute of International Studies, investigating water sources and evaluating them at every level.

“We found that though the system is nothing like the U.S., it still works for the area,” Ford said. “This is one example of how different systems can work in one area but not in others.”

In addition to her water project, Ford also turned to the Office of Scholar Development to help prepare her for the application process.

“I had been to the office a few times before to get help with my study abroad scholarships, and they really helped me with the process,” Ford said.

The office helps students with everything from scholarship opportunities, internships and essay revisions to interview skills for applications.

I really want to be a part of advocating for the underserved areas of water sanitation and public health both in the U.S. and around the world.

The office helped Ford personally with the interview portion of the Rotary scholarship by bringing in members of the Bowling Green Rotary Club to conduct a mock interview.

“I didn’t know what to expect from the interview, and it was probably one of the most nerve-wracking experiences of my life,” Ford said about the interview. “By practicing through the mock interview, I got to practice and think about my answers, which helped make the fear somewhat manageable,” Ford said with a laugh.

Ford had gone to the office for every abroad trip to get help finding funds, according to Cheryl Kirby-Stokes, coordinator for Nationally Competitive Opportunities.

“Leslie is passionate and sincere about her long-term goals in water sanitation,” Kirby-Stokes said about Ford. “She wants to help communities and is doing projects because she cares about it and wants to find solutions.”

Ford is passionate about water purification and sanitation both abroad and at home in the U.S.

“I come from a rural area. We have a well, and we get boil water advisories more often than is okay,” Ford said.

Ford hopes to study the Flint water crisis and help prevent a similar event from happening in other areas and cities.

“I really want to be a part of advocating for the underserved areas of water sanitation and public health both in the U.S. and around the world,” Ford said regarding her future goals.

Ford also wants to spend a couple of years working with relief organizations and helping areas in the world that are often overlooked.

“Coming from a rural area that isn’t particularly open to outsiders has made me want to work in those areas and to help them as much as I can,” Ford said.

Ford will finish her first master’s degree from WKU in August. She will then travel to the Netherlands in October to study water systems for 18 months and attain her second degree.