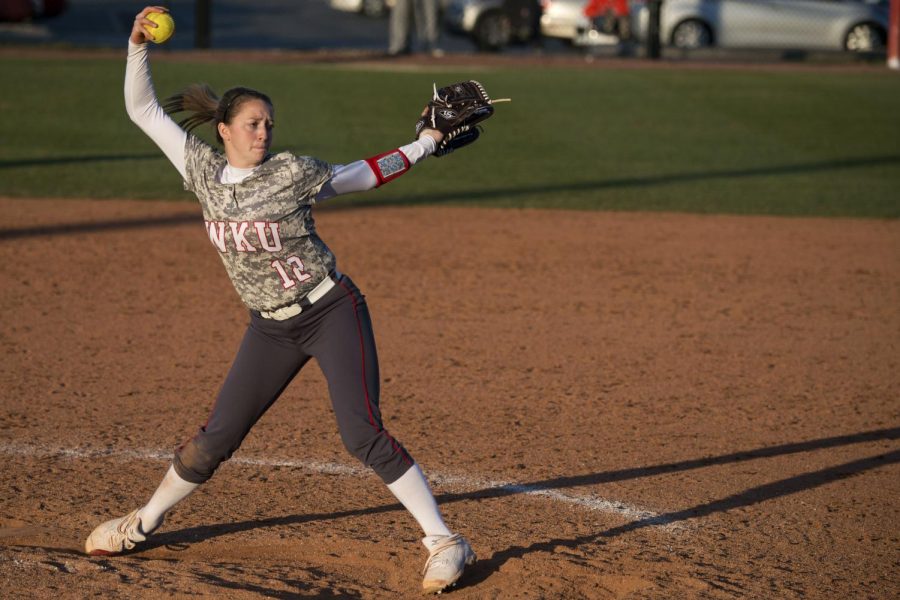 First to face WKU was Valparaiso on Friday, Feb. 26. The Lady Toppers defeated the Crusaders 7-1 as sophomore pitcher Hannah Parker finished with 5 strikeouts for the game.

WKU’s first loss came on Saturday morning to Ball State when it lost 1-9 in a five-inning game against the Cardinals.

“I was a little disappointed in game one,” Head Coach Amy Tudor said. “I felt like we didn’t have any presence from the circle out.”

She said pitching struggled during this game and noted that for the Lady Toppers to win future games, their pitching must remain consistent.

Despite the loss, WKU made a comeback in its next game against Western Carolina later on Saturday.

The Lady Toppers scored an impressive five runs in the very first inning, proving that the team was ready for a win.

WKU finished with a total of three doubles and two singles in the inning to establish an early and comfortable lead against Western Carolina.

It was also during this game that sophomore utility player Jordan Mauch shined at the plate, slamming a two-run home run in the bottom of the second inning to give WKU a 7-0 lead.

The Lady Toppers finished the game with a well-deserved win, defeating Western Carolina 8-4.

“I thought Jordan Mauch was a big standout player in this game,” Tudor said.

Unlike the previous game’s trends, Tudor noticed presence in the circle as well as presence and awareness at the plate. She called the overall contest “a good team win.”

However, Sunday was not a winning day for the Lady Toppers. They lost to both SEMO and Western Carolina.

Their first loss of the day came from SEMO when they lost 8-3 to the Redhawks. Despite the loss, senior infielder Brooke Holloway earned herself a home run, crushing it over the fence in the bottom of the fifth.

For WKU’s last game of the tournament, it seemed like the Lady Toppers couldn’t find an answer offensively. The team scored zero runs the entire game and ended the match against Western Carolina with a final score of 0-1.

The Lady Toppers will be in action again on Friday, March 4, in Starkville, Mississippi, against Central Arkansas.