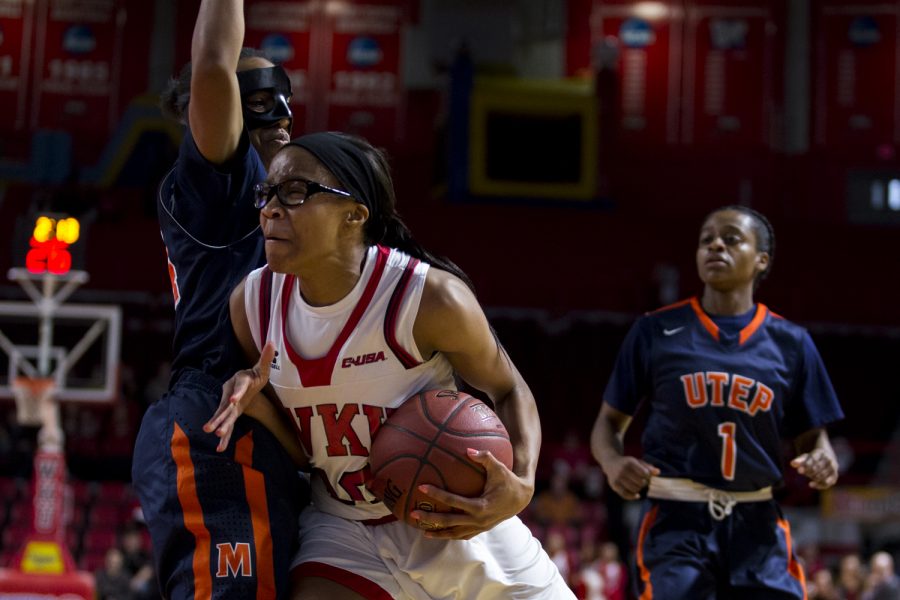 Brown returned form a leg injury on Thursday evening and led the Lady Toppers with a career-high 34 points in a comeback victory over Old Dominion.

“We needed her,” Head Coach Michelle Clark-Heard said after the game in a postgame radio interview.

Brown helped the Lady Tops fight back from a 12-point deficit in the second half to an 85-74 victory and sweep of the Lady Monarchs in the regular season.

WKU trailed almost the entire game, but the Lady Tops held ODU to just 22 percent shooting in the final 10 minutes of play.

The WKU defense was able to hold Conference USA leading scorer Jennie Simms in check down the stretch and limited double-double machine Destinee Young to just 8 points and 8 rebounds.

Junior guard Kendall Noble poured in 22 points of her own and had nine rebounds, while sophomore forward Ivy Brown recorded her ninth double-double of the season with 16 points and 14 rebounds.

“Different people stepped up at different times,” Clark-Heard said. “Ivy Brown had a double-double again. Kendall does what she does and Dee Givens comes off the bench and made some huge free throws. That’s what it’s about. I just told them that this might have been one of the most amazing team wins. This was a great ballgame and you hate to see anyone lose.”

Once the Lady Tops got to overtime, they never looked back. ODU cut the lead to just one point with 2:31 remaining in the game, but WKU ran away with the game on a 12-2 run in crunch time.

“You always have energy left after a win and this was a great game,” Clark-Heard said. “We’re excited to be in the position to come out here on the road and do what we need to do.”

The Lady Tops will be back in action on Saturday at 6 p.m. in Charlotte, North Carolina when WKU takes on the 49ers of Charlotte University.