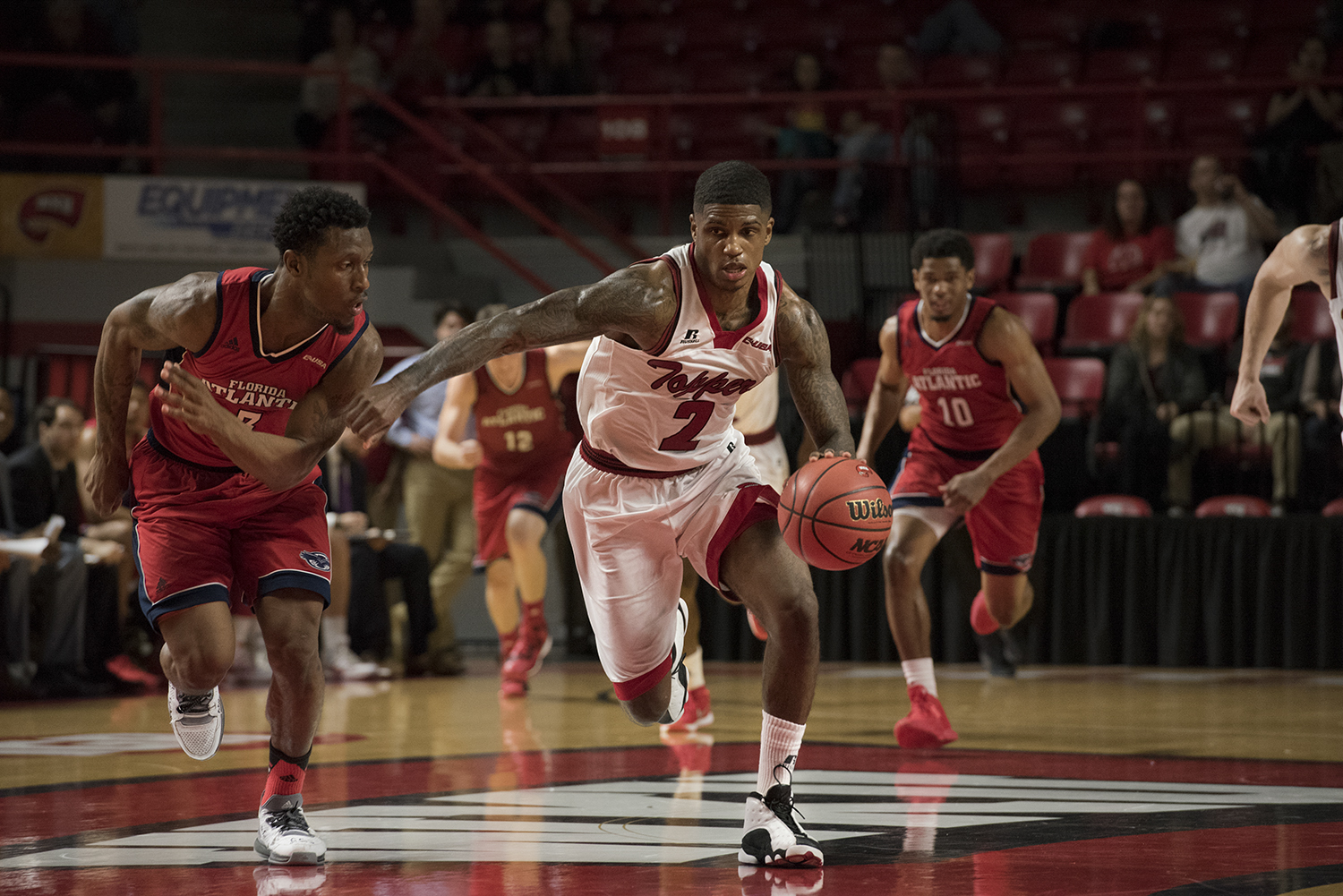 Senior Aaron Cosby drives the ball down the court after stealing it from FAU junior Adonis Filer during the second half of the game on January 10 in E.A. Diddle Arena. Jennifer King/HERALD

The WKU men’s basketball team (14-14) was able to cash in on one of their big opportunities of this weekend’s road swing with a victory over Middle Tennessee 78-72 on Thursday night.

The win over the Blue Raiders puts the Toppers even with MTSU on the season after WKU dropped a game in the final seconds on Jan. 30 in Diddle Arena.

WKU looked good on offense as they were able to get to the basket with ease. The Hilltoppers outscored MTSU 40-26 in the paint while also grabbing 11 more rebounds than the Blue Raiders.

The offense was firing on all cylinders for the Toppers as they had three players in double figures. Senior guard Aaron Cosby dropped 23 points on 8-17 shooting and went 5-8 from the three-point line. He also snagged six rebounds in the effort.

Junior guard Fredrick Edmond put together his usual performance which featured many cuts and drives to the rim. The Blue Raider defense could not keep him out of the lane as the guard finished with 15 points and nine rebounds on 5-7 shooting.

Junior forward Anton Waters came to Murfreesboro in a zone as he put together what might’ve been his best game of the season so far. The junior forward muscled in 12 points, going 6-7 from the floor and came away with five rebounds.

The Toppers managed to lead for most of the game, leading by as many as 10 points over MTSU.

WKU is set to tip-off against the University of Alabama, Birmingham Blazers at 11a.m. on Saturday morning.