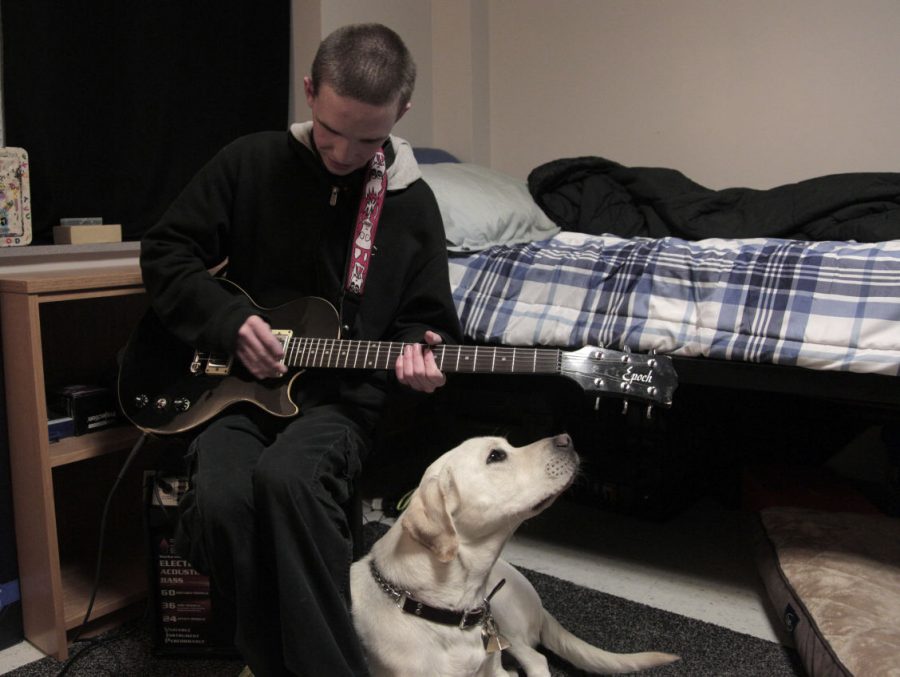 Chuck Winstead, a freshman from Owensboro, is studying mechanical engineering. He and his dog Puck can be regularly spotted around campus or found relaxing in his dorm room playing guitar. Winstead has had two leader dogs since he has been on campus, a black lab named Topper and a yellow lab named Puck, which make his travels around campus much easier. Lex Selig/HERALD