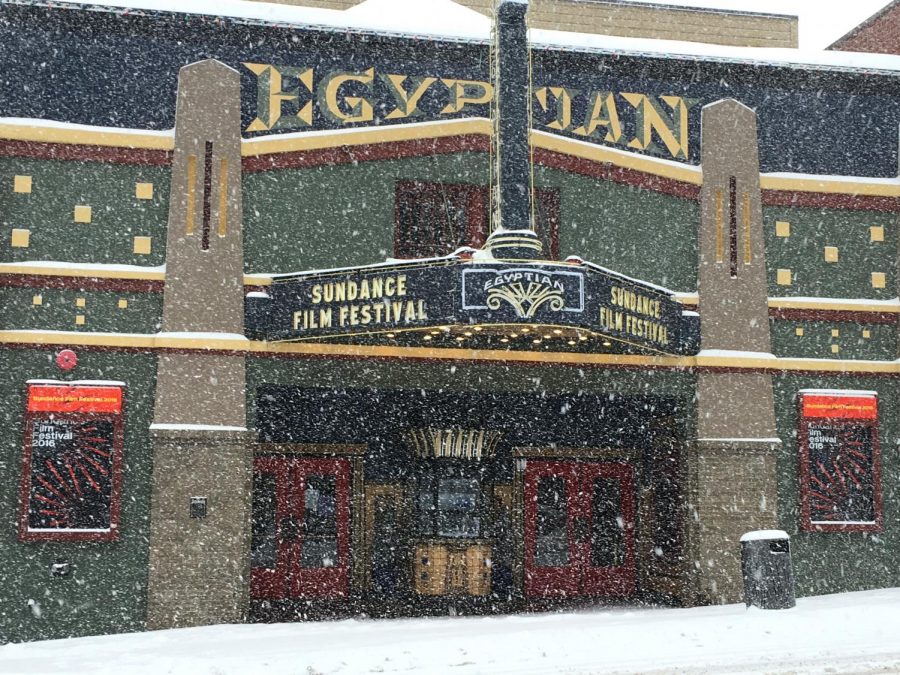 For the third consecutive year, WKU students attended the Sundance Film Festival in Park City, Utah, in mid-January. The students completed classwork before the trip and spent the six-day duration of the trip networking and attending film screenings. Photo submitted by Michael Corrigan

Every year the WKU film department hosts a study away program to a prestigious film festival in Park City, Utah: the Sundance Film Festival.

The Sundance study away program began three years ago and was created by Ted Hovet, professor of English and film studies, and Dawn Hall, associate professor of English, to allow students a more interactive experience in the film industry and gain class credit.

“The film program worked with some local film festivals,” Hovet said. “We started thinking, ‘Maybe we can get beyond these regional festivals and do something even bigger.'”

The festival takes place in January, and the study away program was from Jan. 19 to Jan. 27. The students are encouraged to bring business cards to help them network, Hovet said.

“My favorite experience is just seeing how much the students have gotten out of it because honestly, it’s a huge festival, and [when] we first went two years ago, I knew we were going to see a lot of great films, but I wasn’t sure how accessible some of the other things would be,” Hovet said.

Before the trip, the students completed classwork to prepare for the festival.

“We had some movies we had to watch — they were all independent movies that had premiered at Sundance in previous years — and then we had to write journals and correspond to readings that we had to do to,” said Michael Corrigan, a TV and film production major from Louisville who attended the trip this winter break.

The ability to attend the festival instead of just learning in the classroom provided a more dimensional experience, according to Hovet.

Corrigan said his favorite experience was hearing a speech by Kevin Smith, the director of “Clerks” and “Yoga Hosers,” his new film that premiered this year at Sundance.

“In a classroom you probably only analyze the type of films that play there, but when you go, you get to walk around and see all the people and meet the filmmakers and talk to them about how and why they made the films and see all the celebrities that are walking around like normal people,” Corrigan said. “It’s more the experience that makes actually going to Sundance much more beneficial than learning about it in a classroom.”

Hovet hopes the experience allows students to be exposed to the newest issues and trends in the film industry.

“I think it will expose them to the most recent films, trends and media interest and issues — all this brand new stuff that literally nobody else has seen before — and they get an opportunity to see what’s happening right now,” Hovet said.

According to Corrigan, the experience allowed his confidence in his career path to grow.

“The experience is just listening to other people talk about how and why they made the film, the process and their love for the industry. It helps me kind of be confident in the fact that I want to go and pursue a career like that,” Corrigan said.