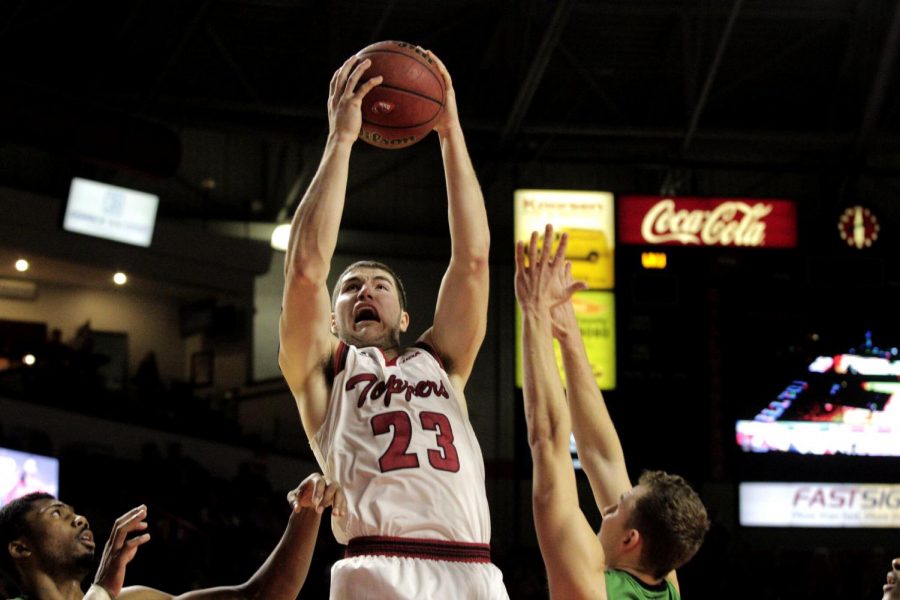 Sophomore forward Justin Johnson (23) leaps to the basket during the second half of WKU's game against Marshall on Feb. 13, 2016. Mhari Shaw/HERALD

The WKU men’s basketball team (14-15) faced off against the Blazers of the University of Alabama, Birmingham (24-5) Saturday for the second time this season.

WKU was looking to go 2-0 against UAB on the season after taking the Blazers down in Diddle Arena on Jan. 28, but fell 71-67 in a tightly-fought contest in Birmingham.

The Hilltoppers started the game on the right foot, displaying an effective offense. WKU managed to go up by as many as 11 points at the 11:01 mark in the first half.

The Toppers only have two regular season games remaining, both of which will be played in Diddle Arena. WKU will take to the court again on Thursday, March 3 at 8 p.m. and then again on Saturday, March 5 against Louisiana Tech at 7 p.m.