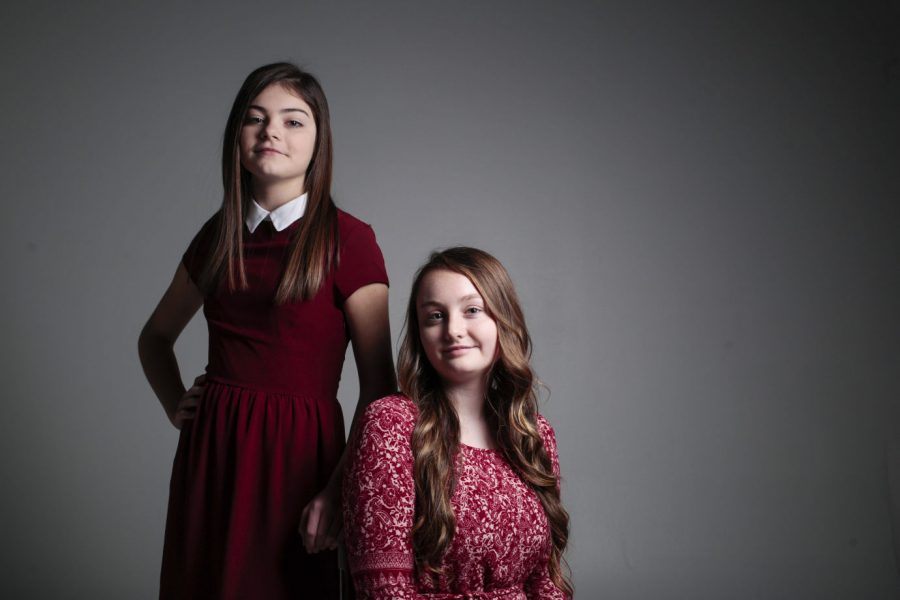 Gatton Academy juniors Makenzie Daniels, (left) of Edmonson County and Haley Dicken, (right) of Russell County have each been awarded the Emperor Science Award with a university-level science mentorship for cancer research. Both students have had family members affected by cancer which inspired their choices to pursue oncology. “For me, it’s just one of the first steps towards my career because I’ve alway been interested in the field of oncology,” said Dicken, whose niece was diagnosed with cancer as a young child. “It’s really sad but it really inspired me to try to help. I hope to make a difference.” “There’s a specific gene that runs in my family for breast cancer and there’s a possibility that I actually have it. I want to do research on that specific gene so that I’d know more about it so I’d be educated instead of being scared about it,” said Daniels, whose grandmother died from the disease. “It naturally worries me but studying it is actually going to help me, I feel like.” Leanora Benkato/HERALD