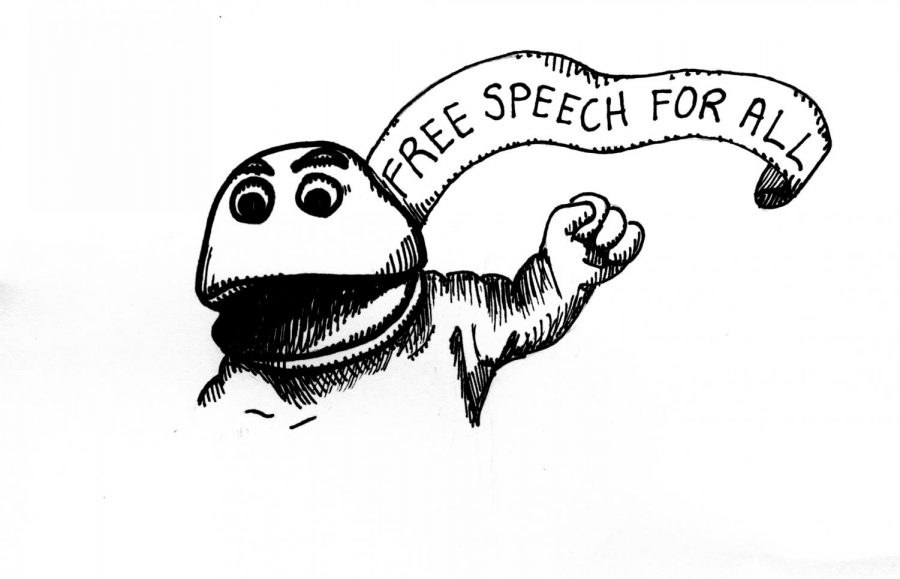 The issue: First amendment protection for student media has recently come to the forefront of legislation in Missouri, New Jersey, Nebraska and Washington after the unanimous passing of the John Wall New Voices Act in North Dakota last spring..

Our stance: Although Kentucky doesn’t have a New Voice legislation, WKU hasn’t had to worry about impediments on its first amendment rights because of how open President Gary Ransdell has been with student publications, but, unfortunately, with his upcoming retirement this could change.

About 20 states have campaigns to pass New Voices legislation, which is guaranteed free speech and free press protection for high school and college journalists, according to the Student Press Law Center.

After North Dakota’s New Voices bill was unanimously passed last spring, legislation was introduced in other states, like Missouri, New Jersey, Nebraska and Washington. The Student Press Law Center reported earlier this month that in Washington and Missouri the New Voices bills were passed out of their state committee, pushing it a step further in legislation.

In 2009, President Ransdell signed a statement written by the Society for Professional Journalists which stresses student media’s need for first amendment protection just as much as any other form of media. For this, we are lucky. According to the SPJ blog, Ransdell was the first university president to sign the statement. However, we may not remain as lucky.

The Board of Regents have just appointed the presidential search committee to find Ransdell’s replacement. In his 19 year presidency Ransdell has shown a commitment to student media that other university presidents have not. For that, it will be hard to find a replacement.

Hopefully, the search committee will add this to its list of requirements for Ransdell’s replacement since it is such an important issue. Student media works as a public forum for the student body, a way for members of the community to have their voices heard. However, this isn’t just a problem that can be fixed with an agreeable new university president for WKU.

Every other school in Kentucky needs guaranteed protection of their First Amendment rights. Discounting student media as lesser or unimportant silences the voices of the state’s young people.