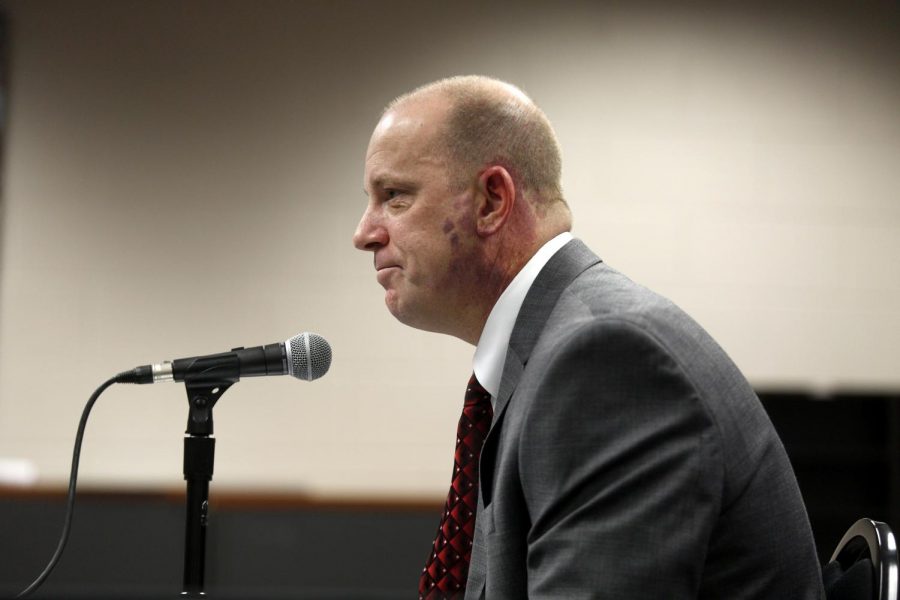 The 2016 football season will be an exciting one for the Hilltoppers as they will bring in 10 new players to the offense and at least one new assistant coach, adding Chris Barclay to the coaching staff.

Of the 10 players that signed to play for WKU this year there are four offensive linemen, one running back, three wide receivers, one tight end and two quarterbacks.

The offense adds three wide receivers, two of which are two-star recruits. Xavier Lane is the third receiver who is currently graded as a three-star recruit according to scout.com.

Lane was the last player to sign with the Hilltoppers as he decided between WKU, Cincinnati, Maryland and Troy University among others.

“He gives us that big receiver on the outside that you want to throw at least a couple up too,” Brohm said. “He is athletic and he has some swagger to him. I feel good about Xavier.”

One of the most anticipated offensive recruits for this year is running back Quinton Baker of Ashland, Kentucky.

Baker is rated as a three-star recruit according to scout.com while rivals.com has him ranked as the sixth overall player in the state of Kentucky. The running back committed on Dec. 1, 2015 and signed early with the Hilltoppers.

“He had to work really hard to get him (Baker),” Brohm said. “He is a guy that in my opinion has some ability that you don’t see much. He is extremely fast as his 40-yard dash and shuttle run are off the charts.”

Along with the state of Kentucky, the state of Florida seems to be a goldmine for WKU as three of the ten recruits come from the sunshine state. They are receiver Chris Cotto, receiver Jahcour Pearson and defensive back Gaej Walker.

WKU is looking at a good mix of three offensive linemen including one native to Kentucky: Seth Joest. The other two are Tyler Witt and Adam Raschilla, coming from Illinois and Alabama respectively.

In the quarterback range, WKU welcomes Steven Duncan from Summerville, North Carolina. Duncan chose the Toppers over offers from four other colleges including Appalachian State, Campbell, Clemson and Cornell.

Last, but not least, is tight-end Kyle Fourtenbary coming with Raschilla from Alabama.

Fourtenbary had offers from nine other schools including Southern Miss and Cincinnati as he signed with the Hilltoppers on Wednesday.

“We are certainly excited about each and every one of these young men,” Barclay said. “One thing that really stands out is that they are people of high character.”

In addition to the new high school talents flowing into WKU, the offensive side of the football also added transfer quarterback Tyler Ferguson. Eligible immediately, Ferguson comes to the Hill from the University of Louisville with experience playing for Penn State prior to that.

The quarterback was a top junior college prospect prior to 2013 for the College of Sequoias. That season ESPN.com rated Ferguson as No. 3 JUCO quarterback.