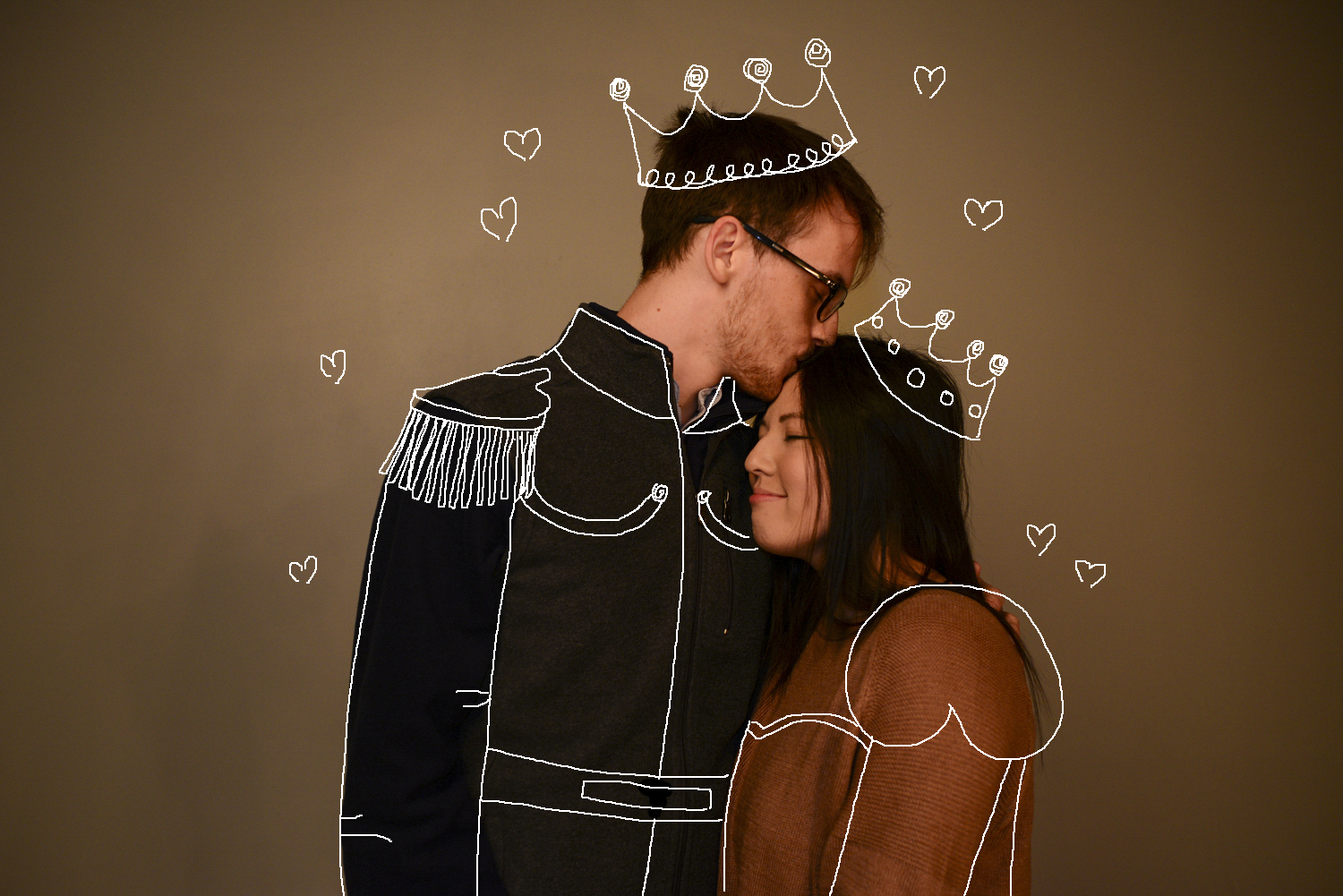 Sophomore Diamond Darling, 19, from Lebanon, TN, and senior Nick Willis, 22, from Island, KY have been seeing each other for a month but only dating officially for a week. The two met on the dating app, Tinder. Abby Potter/HERALD

Tinder, a free dating app, is frequently associated with creepy pickup lines, people wanting to hook-up and pictures you wouldn’t show your mom.

Tinder matches users with others in their area based on age and other factors. If a user isn’t interested, a swipe left is goodbye forever, but if both users swipe right, it’s a chance for a conversation to blossom.

To make a new acquaintance, users see a potential partner — in this case, the person’s picture — before clicking the person’s profile and seeing his or her personal interests. With its simple profile setup and abundant number of profiles, Tinder can sometimes feel like a game.

For those seeking companionship, the app can be an easy way to run into 20-something guys trying to attract girls with sleazy pickup lines. No one ever thinks a swipe right could turn into finding Mr. Right.

The couple met on Tinder, and Willis capitalized on his opportunity to ask Darling out on a date. Willis said he asked in a semi-joking, semi-serious manner to meet her for “a hot beverage.”

“I didn’t want her distaste for coffee to be the deciding factor,” Willis said.

Darling said she interpreted Willis’s offer as a joke.

She recalled wondering, “What do you think about talking mixed with a hot beverage?”

The two then met in person for the first time at Spencer’s Coffee. Though Darling accepted the offer, she remembered feeling uneasy about meeting the stranger as negative possibilities and what-if scenarios came to her mind.

Several of Darling’s friends met their significant other on Tinder and have been dating successfully for five months or more. Darling said she told her best friend about the date to be more secure.

“I told my best friend for safety purposes,” Darling said, “just in case the date went south, or the very slim chance that he was a murderer and I wound up missing.”

However, Darling said she decided to stick with a New Year’s resolution to say yes to new experiences, which she admitted sounds a little cheesy.

The couple’s first date was at the Frist Center for the Visual Arts in Nashville. Willis said the date was an instant connection that came with ease as he recalled making Darling giggle during the date.

“I stole a few Seinfeld jokes, but I still count them as me making her laugh,” he said.

Willis said he knew right after the date that he wanted to make it official but was worried he would scare Darling off by asking too quickly. However, he said he waited until they left the museum because the artwork was depressing and he didn’t want that to be their memory of their first date as a couple.

Though it is early in their relationship, the two said they’ve made plans for summer and smaller plans to have lunch with each other’s friends. For these two, Tinder was more than a time filler or a place to rate their peers.