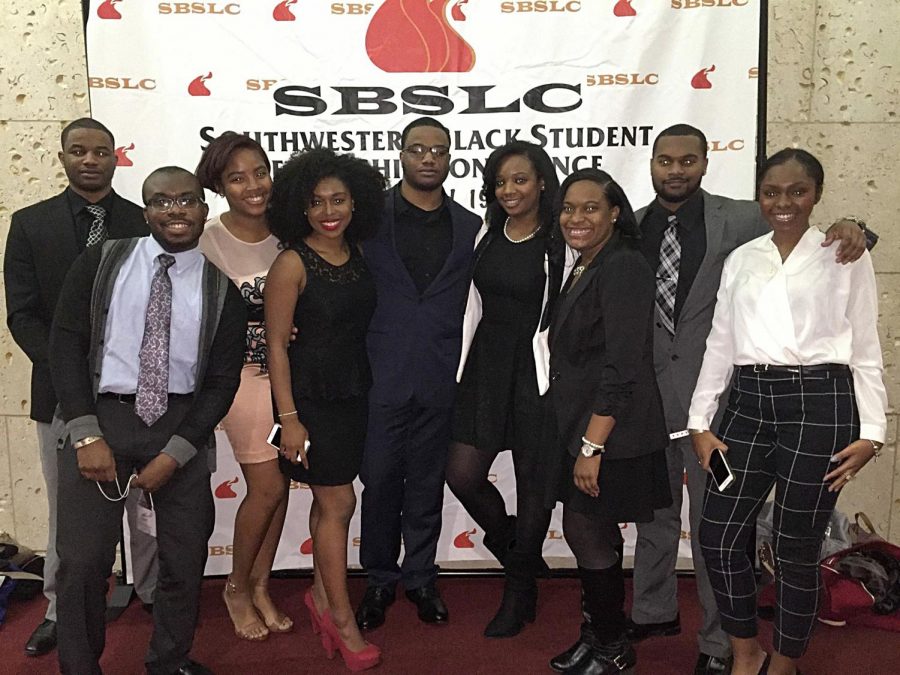 A group of WKU students traveled to Texas A&M University on Jan. 21 to attend the Southwestern Black Student Leadership Conference.

The SBSLC is in its 28th year of existence. The conference originated at Texas A&M University in hopes of gathering African-American students from around the U.S. to take part in conversations surrounding issues that directly affect the African-American community, as well as providing seminars on professional and personal development, according to the SBSLC home page.

“The Office of Student Activities brought this conference to the attention of a few of the students who attended the conference”, Nashville sophomore Christopher Currin.

Nashville sophomore Ambriehl Crutchfield heard about the conference through her involvement in Campus Activities Board.

“It came up at a retreat in August whether or not we would sponsor a specific amount towards students going on the trip,” Crutchfield said. “I instantly knew I wanted to go.”

Participants who went to this conference went into the experience with expectations of improving their leadership skills while others tried to keep an open mind.

“I expected to improve my leadership abilities,” Evansville junior Jessica Jackson said. “I also wanted to make connections with other students and potential employers,” she said.

Prior to the conference, Currin wanted to find ways to get African-Americans more involved on WKU’s campus.

Crutchfield had a similar objective of becoming a better leader, but she didn’t place any other expectation onto the trip.

“When I do not know what to expect, the experience tends to be better because I’m not trying to mold every detail of what I think it should be,” Crutchfield said.

Crutchfield said she is happy she took that approach.

“I’m glad I didn’t have expectations because the trip was beyond amazing,” she said.

At the conference, they learned about financial management in college and workplace etiquette and heard testimonials from leaders and activists from other schools, according to Currin.

Currin’s favorite part of his learning experience at the SBSLC was hearing the story of Bree Newsome, the activist who took down the confederate flag at the South Carolina State House.

Newsome, a 30-year-old African-American woman, was arrested on June 27 after scaling a 30-foot flagpole outside the South Carolina State House and removing the Confederate flag from the pole, according to the Washington Post.

“I heard about this through the news and social media, but it was very cool to hear her story from her point of view,” Currin said.

At the conference, students also learned about the importance of chasing their dreams and being proactive on campus.

“Going after your passion is very important,” Jackson said. “Oftentimes it’s uncommon for people to chase their dreams because they tend to settle for what makes the most money,” she said.

Those who participated would recommend this conference to others.