Lady Tops’ streak comes to an end at MTSU 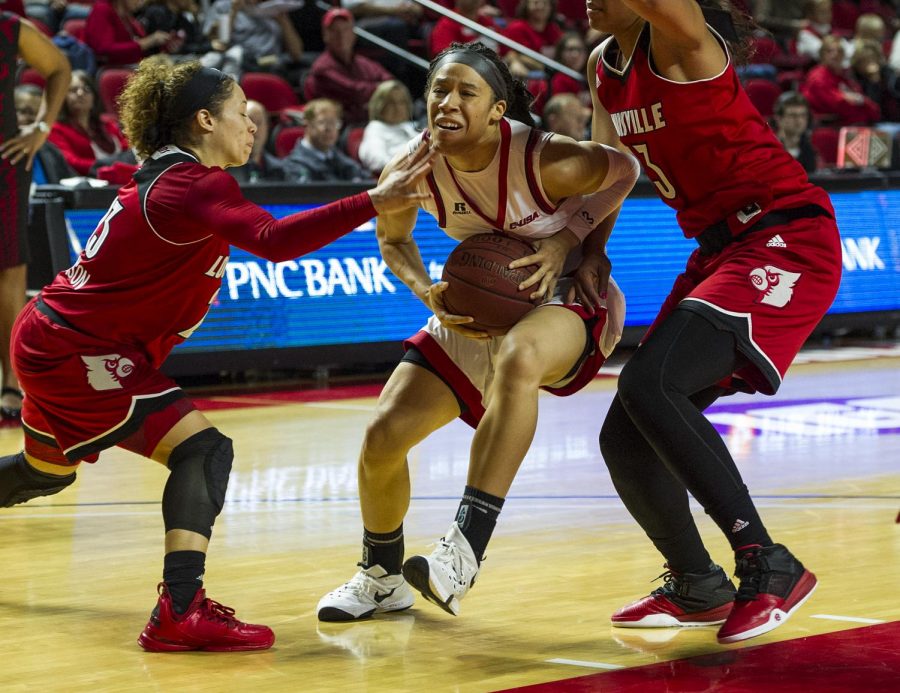 The nation’s longest winning streak in women’s basketball came to an end Saturday evening when the WKU Lady Toppers fell on the road at Middle Tennessee, 83-75.

The loss marked the first defeat for the Lady Tops since suffering a 59-53 setback at Ole Miss on Dec. 2.

“It’s a tough one to lose,” Head Coach Michelle Clark-Heard said in a postgame radio interview. “We can’t give up 83 points on the road to anyone and expect to win.”

The game on Saturday was the first time WKU has allowed more than 69 points in 14 games, all of which the Lady Toppers won.

MTSU held a 44-38 lead at the half after a back-and-forth first 20 minutes. Freshman forward Simone Goods sparked an 8-1 run near the end of the first quarter, scoring six of her career-high 10 points, and gave WKU a 17-11 edge heading to the second quarter.

Just when the Lady Tops seemed to have swung the momentum in their favor, MTSU fired back in the second quarter with a 15-5 run of their own to regain the lead.

The contest featured nine total players scoring in double figures, led by Brea Edwards of the Blue Raiders who went for 29 points and 12 rebounds. Tashia Brown led the Lady Tops with 19 points and was joined in double-digits by Kendall Noble with 14 and the trio of Goods, Ivy Brown and Kayla Smith who all scored 10.

WKU was held to just 29.4 percent shooting while MTSU cashed in on half of their opportunities, shooting 50 percent for the quarter.

“When you score 75 points you score enough to win, but you don’t guard and credit to them,” Clark-Heard said. “Brea Edwards controlled us in the first half and then we came out and I thought we did a great job in the third quarter and then we started fouling and doing some other things.”

The next opponent for the Lady Tops will be at 7 p.m. on Thursday against UTSA in Diddle Arena.