Student is crossing borders with an elite scholarship 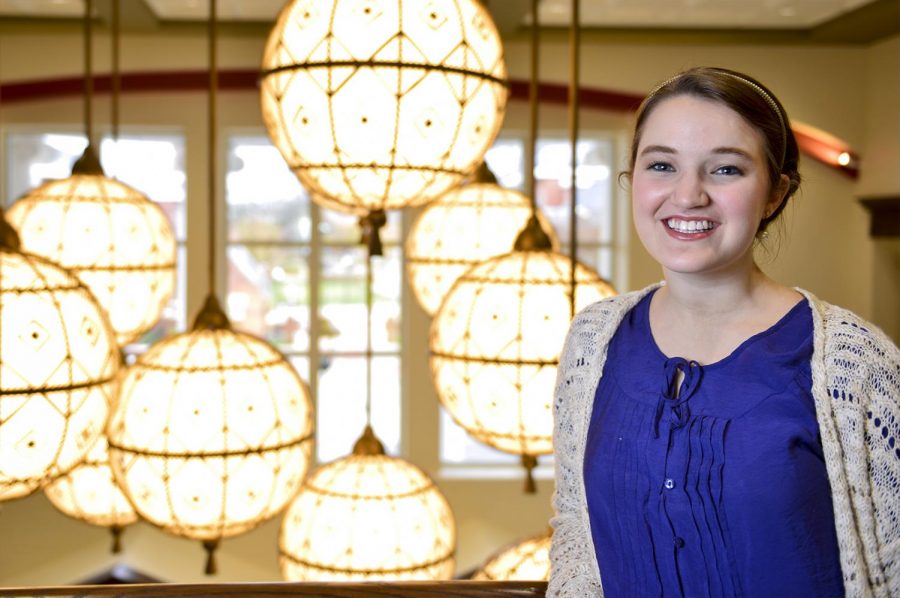 Olive Hill sophomore Alexandria Knipp has been accepted to a U.S. Foreign Service internship from the State Department. She will spend 10 weeks in Washington, D.C., this coming summer and 10 weeks abroad in the summer of 2017. She hopes to go to Iraq in the summer of 2017. "I'm interested in painting a different picture of American foreign policy abroad," Knipp says. "Many countries feel America is trying to impose Western values and ideals on Arab nations." Matt Lunsford/HERALD

A WKU student will be spending her next two summers learning the “ins and outs” of the U.S. State Department while focusing on foreign policy.

This is not Knipp’s first time in a leadership position. She has also earned the Presidential Volunteer Service Award, provided over 2,000 hours of service and is the president of the Model Arab League chapters, according to David DiMeo, an assistant professor of Arabic.

Knipp worked with WKU’s Diplomat-in-Residence Michael McClellan for other State Department scholarships. After a recommendation from the diplomat- in- residence in Michigan, Knipp was offered an application for the Foreign Service Internship.

“This is a special internship program the State Department launched in 2014 that is targeted at high-achieving undergraduates interested in one day joining the Foreign Service and serving overseas as U.S. diplomats,” McClellan said in an email.

Knipp will be spending summer 2016 in Washington, D.C., at the Department of State. She will then spend summer 2017 at an embassy overseas.

“The goal of the internship is to provide students with insight into the workings of U.S. foreign policy and how the State Department functions both at home and abroad,” McClellan said in an email.

Knipp believes one of the key factors that helped her land the internship was her background in a small Appalachian city in Kentucky.

“I know it had a lot do with where I came from,” said Knipp. “I’m from Appalachia. I’m from a very small town and there aren’t a lot of diplomats from the mountains of eastern Kentucky. So I know that diverse geographic location helped me.”

“Her Kentucky roots and deep understanding of our local culture and history was also a factor as the Foreign Service wants an officer corps that represents the entirety of the United States,” he said via email.

Knipp is double-majoring in international studies and Arabic. DiMeo believes her language skills and her determination for humanitarian efforts made her a strong candidate.

“Given US relations abroad, particularly in the Middle East, Alex is exactly the kind of cultural ambassador that this country needs right now,” said DiMeo in an email. “This is the first step in what is going to be a career of amazing accomplishment and impact.”

The experience Knipp will gain from this internship will aid her future career goals tremendously. She desires to be a foreign policy officer for the Department of State.

“She will also find out first hand if the Foreign Service is really the best career for her and if she chooses to apply later, she will be a much stronger candidate for having served in Washington and abroad,” he said via email.

Knipp is hoping to use her success to show others that it is possible to succeed on a national and international level despite where someone comes from.

“If I can get it—and I’m from nowhere and have very little experience working in policy writing—I hope that I can use that to try to inspire other students to actually go for their dreams,” said Knipp.