Lady Toppers pick up road victory over College of Charleston 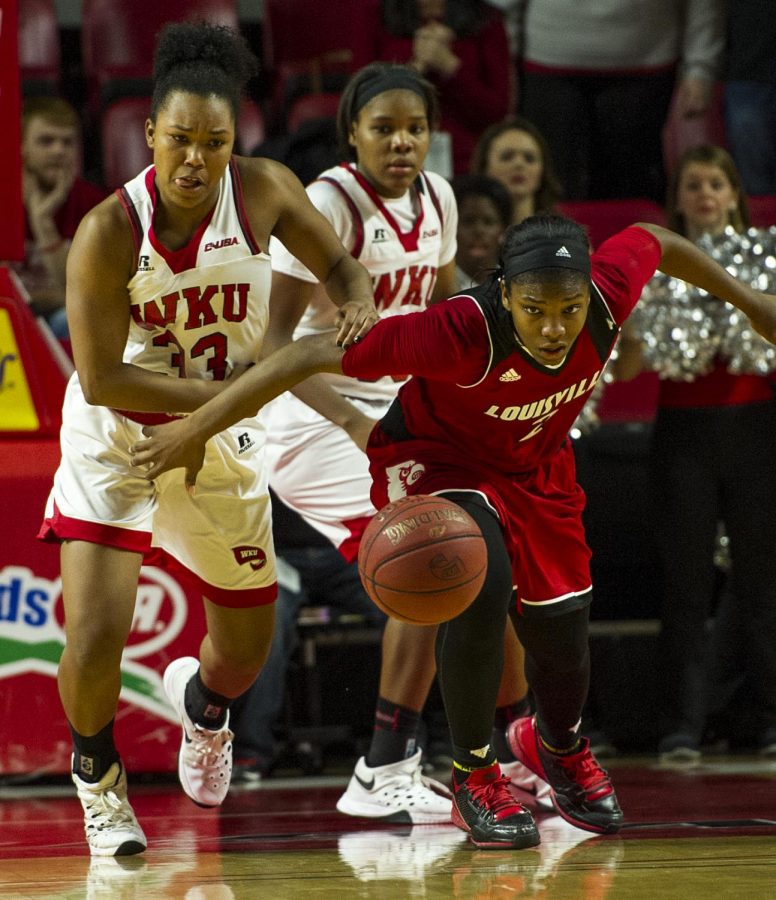 Another game and another similar outcome for the WKU women’s basketball team Friday night in Charleston, South Carolina as the Lady Toppers defeated the College of Charleston Lady Cougars 78-44.

The Lady Toppers’ games have become somewhat predictable during their four-game winning streak dating back to their game against Austin Peay on Dec. 5. WKU has been carried by consistent scoring from its core players and defensive pressure.

Sophomore forward Ivy Brown posted her fourth double double of the season and second in a row with 12 points and 10 rebounds.

Sophomore guard Tashia Brown had 15 points and junior guard Kendall Noble was two rebounds and one assist shy of notching a triple double. Noble finished with 19 points, 8 rebounds and 9 assists.

The Lady Tops held College of Charleston to 30 percent (18-60) from the field, a season-low for a WKU opponent. Noble and Givens helped WKU take control of the game in the first five minutes and never relinquished its lead.

After carrying a 30-18 lead into halftime, Givens and company netted eight second-half threes as they mounted their lead which grew as big as 36 points.

WKU finished off the Lady Cougars in their largest victory of the season. The Lady Toppers also finished with a season-high nine three pointers.

Up next is WKU’s fourth and final game in this eight-day stretch against the Bison of Lipscomb University in Nashville, Tenn. at 6:30 p.m. (CT) Monday. The Bison are coached by former Lady Topper Katherine Graham.