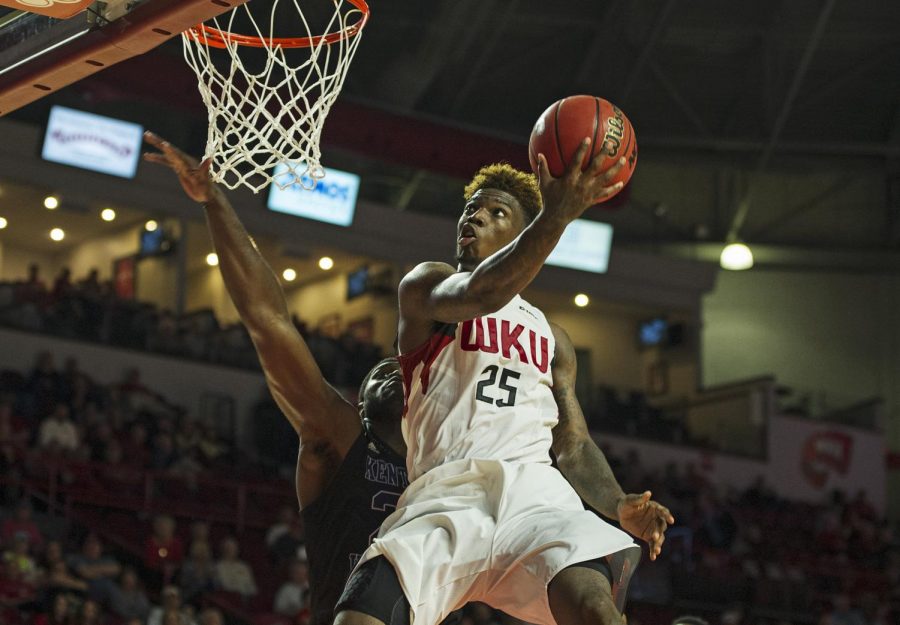 The in-state rivalry matchup will mark the eighth-straight year the teams have met in the regular season.

The Hilltoppers are out for some revenge after last year’s meeting. The Cardinals came in to Diddle Arena and took down the Hilltoppers 76-67 despite the ejection of junior forward Montrezl Harrell. Sophomore guard Terry Rozier would lead Louisville to victory, but both he and Harrell have moved on to careers in the NBA.

“I don’t know if they have the elite guy like Montrezl Harrell or Terry Rozier, but I’m not sure they are not a better team,” Head Coach Ray Harper said.

The Cardinals may have lost some valuable production from last year, but they do have some talented players this season who have filled the void effectively.

Senior guard Damion Lee, a graduate transfer from Drexel University, was the nation’s fourth leading scorer last year averaging 21.4 points per game. Lee is averaging 18.9 points this year as one of only two players that are averaging double figures for Louisville.

The other player in double digit scoring for the Cardinals this season is fifth-year senior Trey Lewis. Lewis is averaging 13.9 points per game, and is second on the team in assists.

“They have a couple of one and dones and by that I mean Trey Lewis and Damion Lee,” Harper said. “One is from Cleveland State and the other is from Drexel. Those players are Louisville’s guys. They are big and they have good size. Quentin Snider has played well for them as well.”

The Hilltoppers are coming in to the game with some momentum of their own. With Wednesday night’s win over Alabama A&M, WKU put together back-to-back wins for the first time this season.

Sophomore forward Justin Johnson and junior guard Chris Harrison-Docks both saw minutes against the Cardinals last season. The Hilltoppers will look to them for guidance on how to deal with Louisville’s tough pressure defense and up-tempo play.

“We just have to put up a fight,” senior forward Nigel Snipes said. “They are a good team and I feel like we are going to play our best. We have really been competing in practice every day. We are having fun and we are getting better as we go.”

“They (Louisville) are playing really well as their only loss was on the road to the top ranked team in the country in Michigan State,” Harper said. “It’s a huge challenge but it is also a huge opportunity at the same time.”

Ed. note: A previous version of this story listed Louisville as being ranked No. 16. The correct ranking is No. 19. The Herald regrets the error.