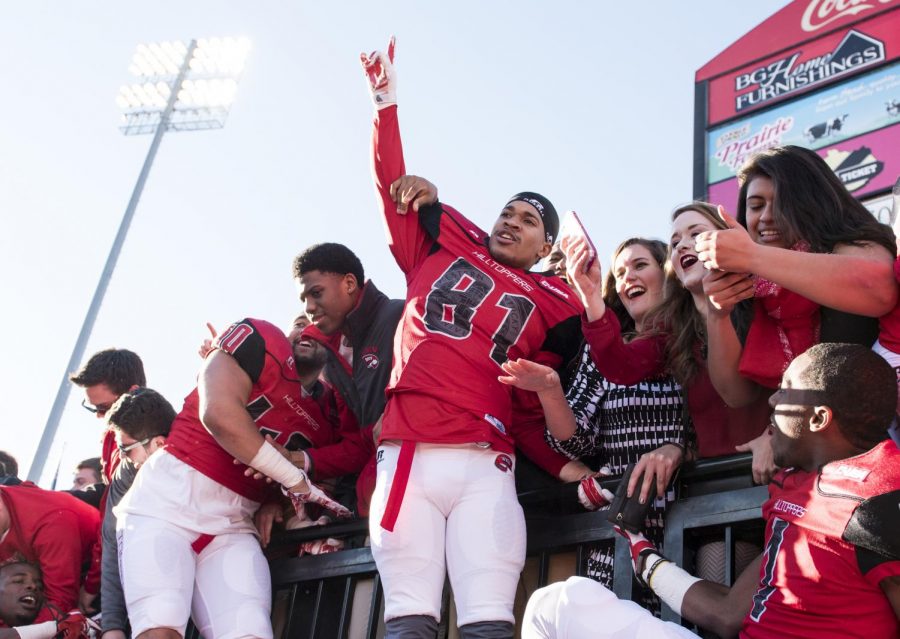 Within a 24-hour span, the WKU football team claimed the Conference USA Championship, entered the Associated Press Top 25 for the first time in the program’s seven-year FBS history and accepted an invitation to the Miami Beach Bowl on Dec. 21.

The No. 25 Hilltoppers (11-2) will clash with former WKU head coach Willie Taggart’s South Florida Bulls (8-4), who finished second in the East Division of the American Athletic Conference.

“Playing in a bowl game is something you set as a goal at the beginning of every year, and we’re happy to be able to go play another fantastic bowl game this season and represent Conference USA,” Head Coach Jeff Brohm said in a WKU Athletics press release. “Our coaches and players have worked extremely hard to get us to this point, and we look forward to getting back to practice to prepare for a great opponent in South Florida.”

WKU has faced South Florida six times and have only yielded two wins in the series. The Hilltoppers last faced the Bulls in 2010, losing 24-12 in Taggart’s first season as WKU’s head coach.

The Hilltoppers’ entrance into the Top 25 is the first national ranking WKU has received since 2005, when the program received a No. 23 ranking the week of Nov. 19 while playing under former Head Coach David Elson at the Division I-AA level.