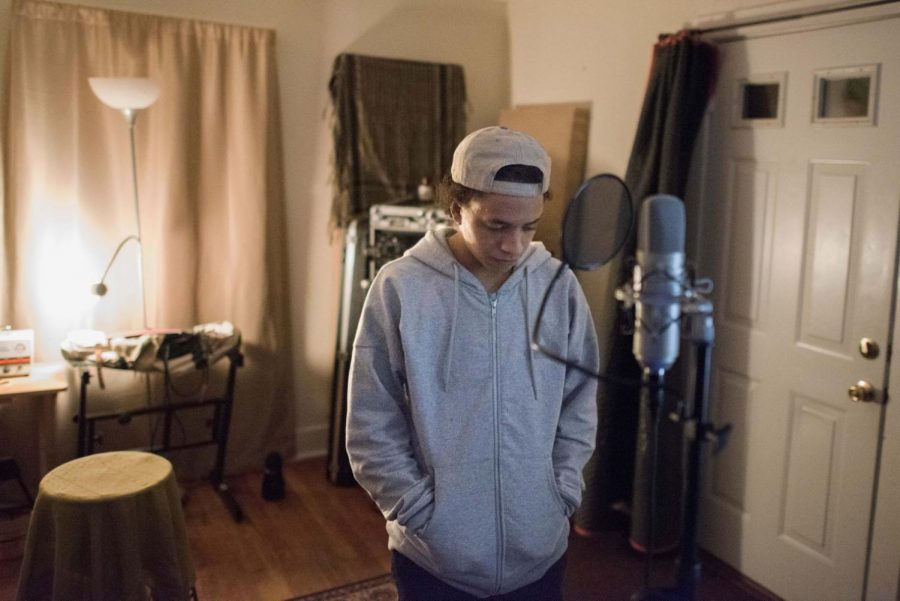 Sophomore broadcast major Matt “Rosario” Vicente takes a moment while recording vocals to a song at his producer’s house Saturday. Vicente and his rap partner Alex “Lougz Gee” Gee met in high school and have been rapping for over a year. They say they make music because it’s fun. “I do it because music has always been the only thing I’ve cared about and had a passion for,” Gee said. Michael Noble Jr./HERALD