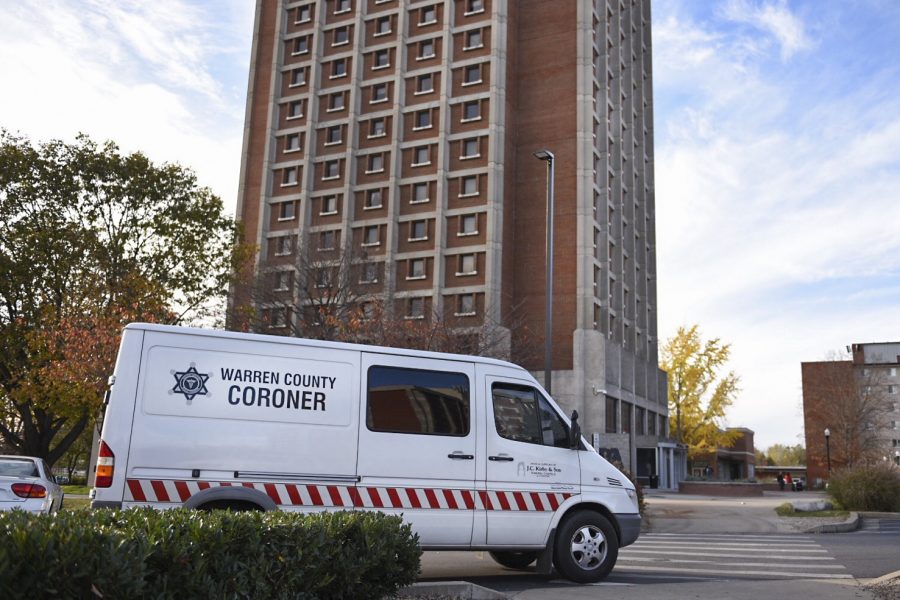 According to the Coroner’s Office, the student’s roommate was the first to discover her body. They said they will not be performing an autopsy on the body, but will be performing a toxicology report.

The body was transported away from the premises in a coroner’s truck at 3:39 p.m.

Resident Assistants on the scene have been instructed to tell their floor that this is a student death, according to a Housing and Residence Life employee.

The details of the incident are unclear at this time.

In an email to faculty and staff, President Gary Ransdell said the death of the first-year student in PFT was tragic and the Counseling and Testing Center is available to all affected by the tragedy.

“Our Counseling Center staff has been in close contact with those who knew her and lived near her,” Ransdell said in the email. “Losing a student is the most tragic of circumstances.  Her family is in our thoughts and prayers.”

The Herald will update this story with more information as it becomes available.