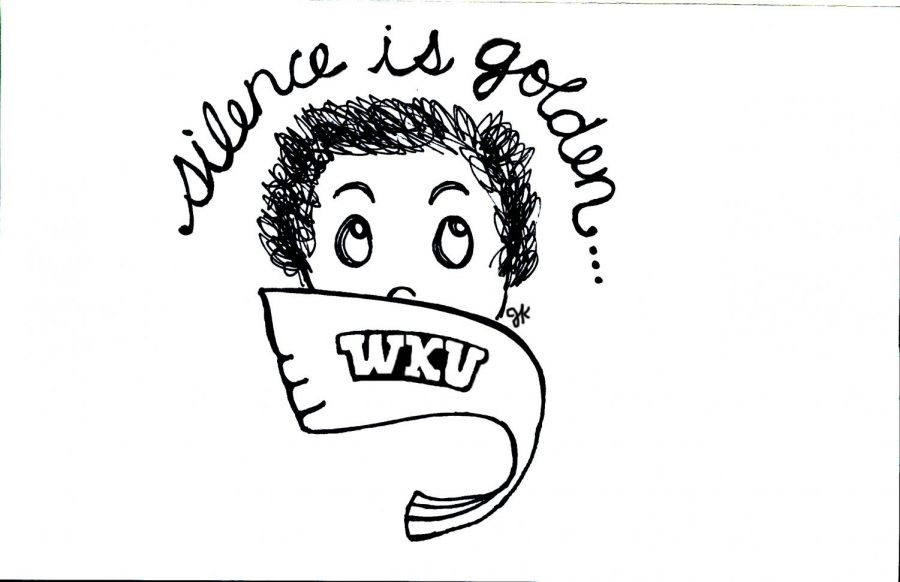 The issue: There is a shocking lack of access to free speech on campus, which puts a damper on the educational process.

Our stance: Blocking people from their right to free speech is not only unconstitutional but also inhibits students from learning.

Freedom of speech is an integral part of American society and academia. If students are not allowed to express themselves freely, they will not have the opportunities to learn in the capacity that they should.

On WKU’s campus, students are told that they are able to express themselves everywhere on campus as long as they are not interrupting the educational process or blocking roads and walkways.

However, classrooms, libraries, work rooms, hallways, lobbies, administrative and faculty offices, lounges, entrances and exits of all university buildings, all streets and driveways utilized for vehicular traffic, residential buildings and all sidewalks used for pedestrian traffic must have a meeting or assembly authorized before they can be used, according to an article published in the Herald last week.

Often, protests or assemblies are not prompted with enough time to go through the process of requesting authorization for an available space. If the group assembling is voicing a negative opinion of those who have control over this authorization, then the controlling group has the ability to silence the opposing group. They can do this by denying them access to the space they need.

By denying students the freedom to meet and assemble in places that are technically considered a public forum (specifically sidewalks), WKU’s administration is oppressing the student body. Having the authority to stop any form of protest against the administration before it can really begin is kind of scary. This means that it has the power to do as it pleases without many consequences.

To change the power dynamic in which the administration rules over the students, WKU needs to get rid of or revise its speech codes. It makes sense to try to protect the educational process and keep it from being interrupted, so having rules that deny protests in classrooms when classes are in session and libraries would make sense. But in any public areas like lounges, sidewalks and residential buildings, students should be allowed access to meet and assemble freely.

WKU should not be able to call itself an educational institution if it is not allowing the students their freedom of speech. This is a fundamental right and should not be denied to anyone.