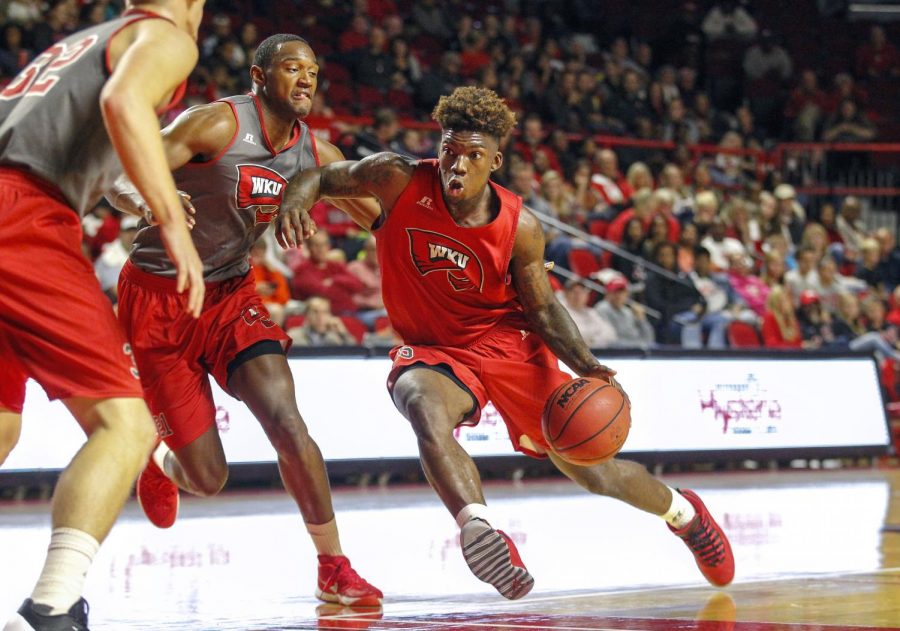 Three seniors will look to break out with big seasons this year: forwards Nigel Snipes and Aleksej Rostov and newcomer Aaron Cosby.

“We have to be patient with them,” Coach Harper said. “Any time we have that many new guys, there is going to be a learning curve. I think this team has a lot of room to grow throughout the season.”

One senior who seems poised to have a big year is Snipes. The 6-6, 220-pound forward only saw playing time in 24 games last season, but Coach Harper thinks the Marietta, Georgia, native is sitting on a big year.

“I think for the first time, Nigel is really ready to step out of that shadow,” Coach Harper said. “There are days in practice where he just makes you think, ‘Wow,’ but he has not always been able to translate that on a consistent basis. I think he is ready to do that, and we need it desperately from him.”

Snipes showed his talent last season when he scored a career-high 15 points against a Minnesota on 4 for 6 shooting from the 3-point line.

However, this season Snipes has been experiencing how to be a leader in other areas besides his play on the court.

“It took some work trying to become a leader on this team,” Snipes said. “It took some work just getting out of my box and being willing to be vocal on the court and telling other guys what they are doing right or wrong.”

Cosby, one of the Hilltoppers’ 10 new faces, is a senior who could provide leadership. Cosby is a graduate transfer guard from University of Illinois, where he averaged 7.8 points and 3.6 rebounds per game for the Fighting Illini in 19 appearances.

“He’s been terrific,” Coach Harper said. “I am so excited about what he has brought to the table, not only in terms of on the court, but being a leader with some of these young guys in the locker room and off the court. Aaron is not a loud guy. We have tried to get him out of his comfort zone and to be more vocal, and he has really taken that challenge head on.”

Cosby’s transition into leadership is not the only one he has undertaken since his move to the Hill.

“Aaron has always been labeled a scorer. I was a little concerned about how he would adjust moving back to point guard, but he has really embraced it,” Coach Harper said. “He and I have had a lot of conversations about that, and I don’t think he wants to be labeled as just a scorer but rather an all-around basketball player.”

Rostov will also look to have a bigger impact this season. The Latvia native appeared in all 32 games last season for the Hilltoppers as he averaged 2.6 points and 2.4 rebounds per game.

“This team is much further along in terms of leadership,” Coach Harper said. “We are going to miss George Fant and those other guys, but Alex, Aaron and Nigel have really taken on that leadership role this season, and I am really excited for that group as far as being leaders compared to what we had in the past.”