Lucas leads WKU into clash with No. 2 Florida Atlantic 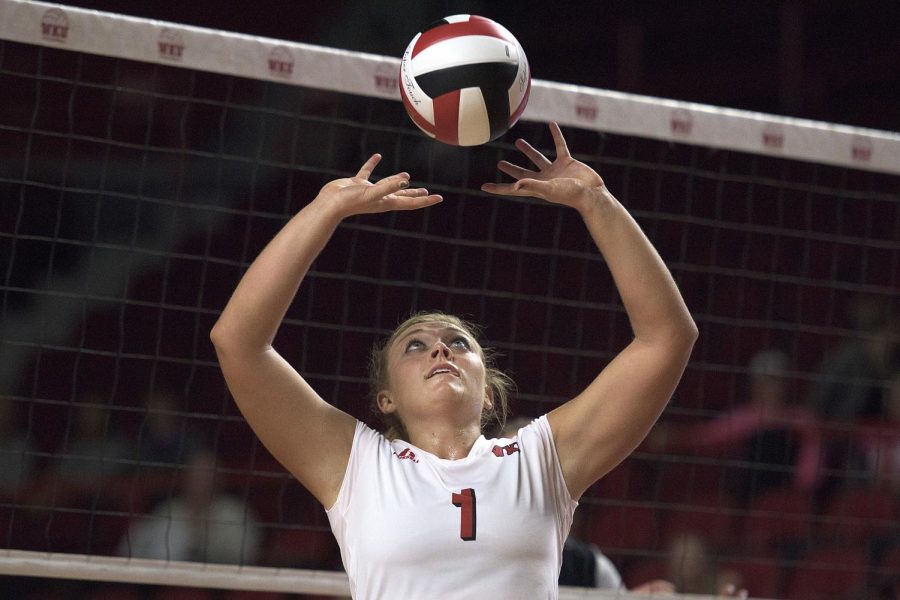 The Lady Topper volleyball team stays steady at No. 22 in the American Volleyball Coaches Association Top 25 poll after another undefeated weekend, and sophomore setter Jessica Lucas has picked up another Conference USA Setter of the Week award.

Lucas’ nod came Monday after WKU swept the Charlotte 49ers in Charlotte, North Carolina, on Friday and beat North Texas 3-2 in Denton, bringing its win streak to 15 games. The honor is her third this season and the fifth of her career.

In the Lady Toppers’ sweep of Charlotte on Friday, Lucas led the way with 43 assists as WKU finished with a .246 hitting clip. She added five digs, two kills and three blocks on the night.

In the game against North Texas, Lucas set a career-high 56 assists on top of 11 digs and two blocks.

“We were challenged. Obviously North Texas taking us the distance was quite a match on Sunday,” Head Coach Travis Hudson said. “The balance really helped [Lucas] distribute that thing around.”

Lucas recorded her team-best 11th double double of the year against the Mean Green of North Texas and in total added 99 assists, 16 digs and four kills to her stat line on the weekend.

She is ranked 14th nationally and second in the conference with 904 assists on the season.

The Lady Toppers were challenged in their last match against North Texas but went on to win in five sets. The Lady Tops are looking forward to coming back to Diddle Arena for matches against the University of Alabama, Birmingham and Florida Atlantic this weekend.

“It’s definitely an advantage to have that crowd behind you giving support,” senior middle hitter Noelle Langenkamp said.

The match against Florida Atlantic will be the higher-contested of the two matchups this weekend. FAU (14-6, 6-2) is ranked second in C-USA, and UAB (8-16, 0-9), in last place, has yet to register a league win.

The Owls are returning much of their roster as well as a powerful offense, and Hudson has had his eyes on Florida Atlantic since the preseason as a team that can bring a lot of trouble to the Lady Toppers.

“The challenges keep coming in this league,” Hudson said. “This league has been terrific this year, and certainly this Florida Atlantic team coming in here Sunday is going to give us all we want.”

Senior Brittney Brown led the Owls last year with 285 kills on the season to go along with a .297 hitting percentage, and the team has won six of its last seven games.

“FAU is one of the teams that presents a legitimate challenge when we step on the floor with them,” Hudson said. “They are absolutely rolling right now. They have won their last five matches, and no one has even been close.”

Sophomore outside hitter Alyssa Cavanaugh leads the team in kills with 276, and Langenkamp is right there with her with 254. The duo will look to lead the Lady Toppers past a Florida Atlantic team that is firing on all cylinders.

The Lady Tops will start off the weekend against UAB on Friday at 7:00 p.m. followed by FAU on Sunday at noon.