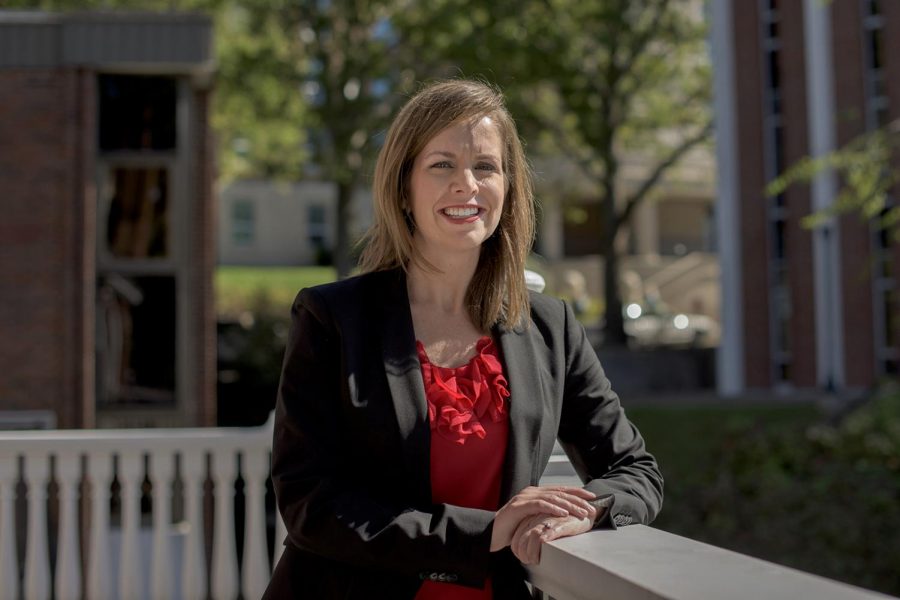 After Huda Melky’s retirement in June 2015, Andrea Anderson was named as her replacement.

Melky was the former Title IX coordinator, as well as the director of the Effective Employment Office and the Affirmative Action University ADA Services. She served WKU for 36 years.

A WKU alumnus, Anderson started on Aug. 3. As well as serving as the Title IX coordinator, she serves as the Assistant General Counsel. Her qualifications include practicing law for nine years.

Joshua Hayes, the new director of the Office of Equal Opportunity and a Title IX deputy and investigator, said he was excited about Anderson becoming the coordinator.

“We actually went to high school together, but I didn’t realize it was her until the interview when I saw her, because we hadn’t spoken since then, but she was always very professional, always a go-getter and meticulous,” he said. “I was ecstatic when she was offered and accepted the job.”

He added he believes Anderson is a great fit for the job.

“To be a Title IX Coordinator, you have to care about this topic, because it can be very, very stressful, but you have to nurture our students, care about our employees and care about the campus,” he said. “And she exudes all of those.”

Hayes said Melky did a great job while she was coordinator, and he’s looking forward to Anderson building on that.

“I had an amazing relationship with Huda, we worked together for over ten years, and she pretty much established Title IX here, and allowed us to grow and prosper,” he said. “And then to bring in Andrea, who’s going to bring us to new heights, I can’t put into words how appreciative I am.”

Anderson said she was named the Assistant General Counsel as well due to recent changes.

She said things have been going smoothly so far.

“Joshua Hayes and Michael Crowe are exceptionally good at their jobs, and I am pleased with the competency and timeliness with which we are responding to complaints and addressing concerns,” she said.

“She’s done a really good job so far. I’m sure she’s eminently qualified,” he said. “She’s certainly adept at understanding and in her knowledge of Title IX regulations and procedures.”

He added he hopes to continue this positive trend.

“She’s very, very pleasant, supportive and extremely knowledgable,” he said. “I look forward to working more with her in the future.”