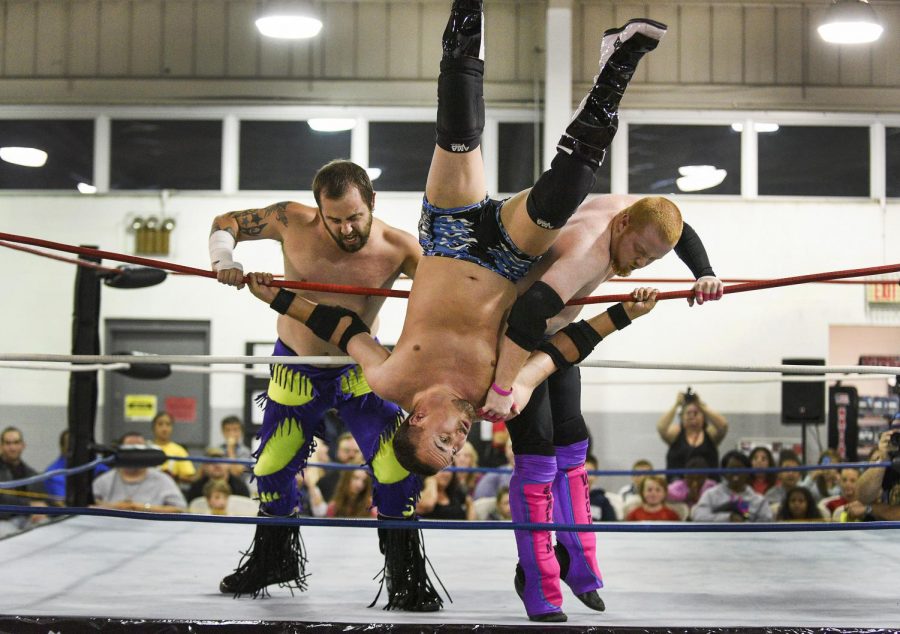 Randall Shane, left, and B-wood, right, throws The System, middle, out of the ring during their match. Michael Noble Jr./HERALD

The National Guard Armory was filled with the cheers and chants of over 160 wrestling fans as New South Championship Wrestling brought its wrestlers to compete in a fundraising event in Bowling Green Saturday.

Matches featured colorful costumes, airhorns and pie trays filled with whipped cream. Competitors fought both in and around the ring, performing elaborate stunts and comedic gags for the thrill of an enthusiastic crowd.

Fans purchased memorabilia, got autographs and ate concessions — all sold by the Browning Volunteer Fire Department to raise money for new equipment and training.

The equipment purchased by the Browning Volunteer Fire Department will increase the safety of the firefighters as they protect their community.