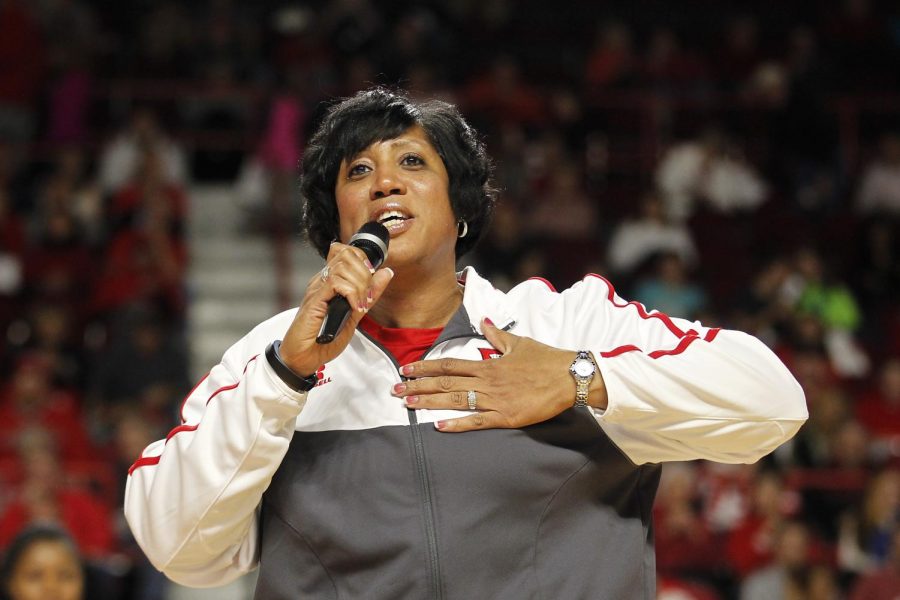 It’s hard to follow up a 30-win season capped by a Conference USA title any year.

It’s even harder when seven players from that team are on the way out, and eight new players are coming in.

But with 2014 Conference USA Coach of the Year Michelle Clark-Heard at the helm, if any program can stay on top, it’s WKU.

“I’m really proud of our effort in terms of intensity,” Clark-Heard said. “We have a lot of new faces, and they’re learning a lot and working really hard to do what we ask them. I’m excited every day we come in. I think the coaching staff is excited to continue coaching them.”

One of the returning players is senior guard Micah Jones, who is expected to assume an even larger role this year on the Hill since Alexis Govan and Chastity Gooch graduated.

“I’m extremely excited to get back out there,” Jones said. “We have a lot of talent this year. We just have to put it all together, and we’ll have a good shot at accomplishing all of our goals.”

The Lady Toppers are losing just under 50 percent of the team’s total scoring from Gooch’s and Govan’s departures alone.

“We knew what it was going be like coming into the season,” Jones said. “We’re working hard, and [the new players] are really eager to get better every day.”

Lady Topper fans got a first look at the team on Saturday night during Hilltopper Hysteria.

Some newcomers who are expected to fill in for Gooch and Govan this season are freshman guard Sidnee Bopp and forward Dee Givens. The Lady Toppers seemed a little disconnected at times on the floor Saturday, but a lot of that is expected with so many new faces. Clark-Heard isn’t too concerned, and she knows she will have to be patient with her team’s development.

“We’re really fortunate that they get a chance to come in during the summer,” she said. “They got a chance to be around each other and work a little bit that way. I’m really proud of our upperclassmen and our captains. Jalynn, Kendall and Micah have stepped up and really tried to take ownership.”

With practice underway and Hilltopper Hysteria in the books, WKU’s basketball fever is heating up, and fans will be itching to see how this team, full of new faces, can work together.

“Our slogan this year is ‘New Look, Same Goal,’” Clark-Heard said. “We’re really excited about what we did last year, but we know that we have to move on. We’re really exited about where our program is, and our expectations are still the same.”

WKU’s first contest is an exhibition match against Ouitchi State on Nov. 3.