From ‘American Idol’ contestant to college student, rising star settles on the Hill 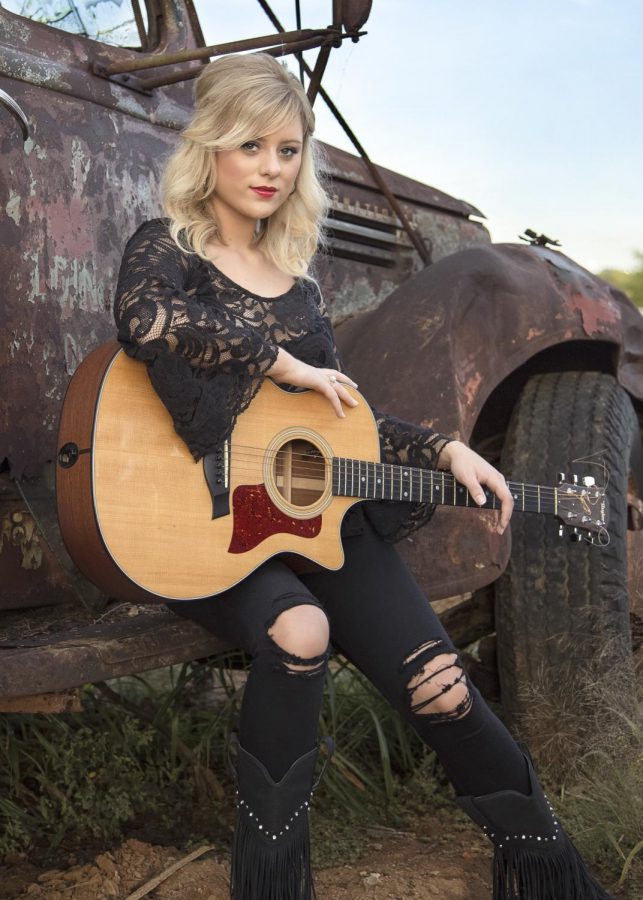 Sophomore Brandy Neelly recently made it to the Top 15 on “American Idol” during the show’s "Hollywood Week.” Since leaving the show, Neelly has become the lead vocalist of the Brandy Neelly Band and is learning how to balance her social life and school life as a musician.

Each season, thousands of ambitious singers audition for “American Idol.” For one contestant and WKU student, it opened doors into a world of music.

Brandy Neelly, a sophomore from Oldham County, is an up-and-coming country-music artist who was discovered on “American Idol,” a televised singing competition.

Neelly discovered her own talent as a 9-year-old when she began singing at karaoke competitions in Kentucky and Tennessee.

In 2011, Neelly first auditioned for “American Idol,” but it took three auditions before she made it past “Hollywood Week” during season 13. She then rose to the Top 15 before being eliminated.

“[‘American Idol’] showed me that if you work really hard for something that you want, it can actually happen with hard work and determination,” Neelly said. “Moving forward with my life, I will have that kind of persistence and determination.”

Neelly is now the lead vocalist of the Brandy Neelly Band. The band is currently under contract with Century Music Group, located in Nashville. The label is helping produce a new single set to come out soon.

“She is an incredible talent. Her vocal ability is tremendous, and she has a huge range.” Clouse said. “Besides her vocal ability, she is a true artist.”

Outside the studio and off the stage, Neelly is very committed to giving back through service projects. She currently volunteers with Unbridled Eve Gala, whose proceeds benefit Blessings in a Backpack.

She has also volunteered as a celebrity waiter at the Celebrity Dinner Party in Louisville, which benefits the Cystic Fibrosis Foundation. Last year Neelly helped raised more than $10,000, a record for the event, and she won the Golden Apron, a trophy given to the waiter who earns the most money at the event.

“The way that I was raised, I was always taught to give back not only to my family but also to people that are less fortunate,” Neelly said. “I’m just that type of person. I’m not very self-indulgent.”

As a full-time student, member of Kappa Delta sorority and rising music star, Neelly said juggling her time-demanding schedule is not an easy task.

“She has to balance a lot between her social life, school work and her band. She has a lot of priorities, and she works really hard to balance them,” says Sarah Schott, a sophomore from St. Louis and friend of Neelly who lived in the same building as her last year. “I can only imagine what it would be like to have so many things in order, but she does an awesome job.”

At WKU, Neelly is majoring in communication studies and considering a minor in broadcasting to aid her career goal of being a performing artist.

“I’m not studying music because it’s such a big part of my life, and I wanted to experience something a little different with my education,” Neelly said.

Neelly chose to attend WKU for the location, close-knit community and spirit on campus.

“More than anything, I just felt it was a home away from home,” Neelly said.

Neelly would like for WKU to showcase more local talents and to make the music scene more prevalent on campus.

“I think that we need more local students that have those types of talents to showcase those talents on campus,” Neelly said. “That would be an awesome way to get involved.”

After she earns a degree, Neelly is interested in moving to Nashville to record her first album.

“I just want to move forward and like the path that I’m taking and be happy with the life that I’m creating for myself,” she said.