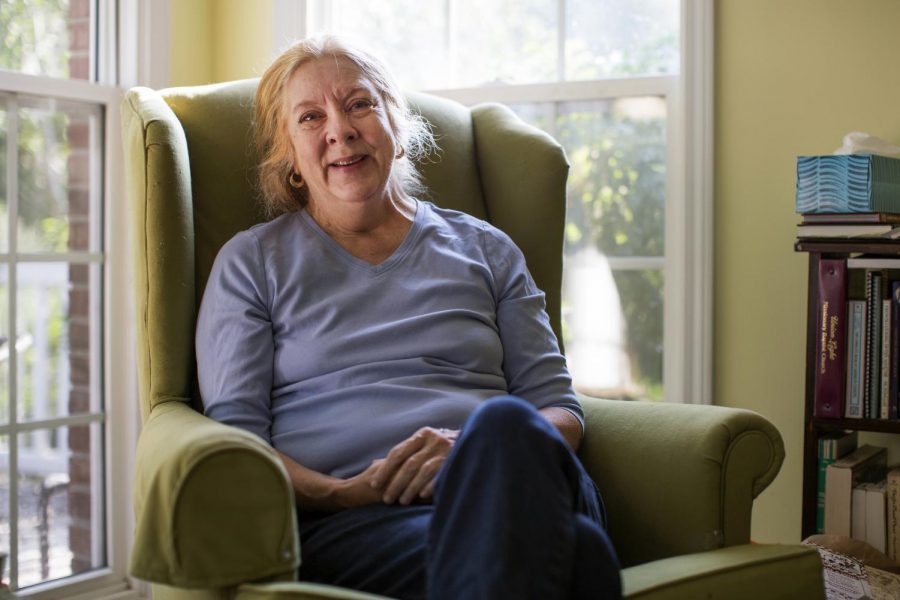 While the current head of the folklore and anthropology department, Dr. Michael Ann Williams, takes leave on sabbatical for the current semester, Erika Brady will be stepping into the role. "I have big shoes to fill,” said Brady of her new position. With Brady’s office change and David Lee's promotion from the dean of Potter College to the university's new provost, things seem "fluid in ways I didn't expect,” said Brady. Brady will hold her position until Williams returns in January. Alyse Young/HERALD

The department of folklore and anthropology received a temporary change in leadership this semester.

While Michael Ann Williams, the head of the department, is on a semester-long sabbatical, Erika Brady will act as the department head until Williams’ return in January.

This decision was made last spring, but Brady didn’t take charge until the second week of August. Williams has been the department head since its establishment.

Williams has taught folklore at WKU since 1986 and is an advisor to the Kentucky Oral History Commission. She served as chair of the Kentucky Historic Preservation Review Board from 1993-2005. She teaches several folklore classes, including Cultural Conservation and Folklore Theory.

“Dr. Brady has been here longer than the rest of us, and she’s displayed leadership in both her scholarship and teaching,” Ferrell said. “She has a wide breadth of experience.”

Brady said she was chosen as department head because, after Williams, she is the most senior faculty member in the department.

Darlene Applegate, the Anthropology program director, said Brady is familiar with both programs in the department and can help bring them to the public’s attention.

“She has a thorough understanding of both disciplines that make up our department, and she values and respects the work that’s done by the faculty in both of these disciplines,” Applegate said. “She also has extensive experience working with the community in the region, which is important because public outreach is something we emphasize in both programs of the department.”

Brady said Williams has done a wonderful job of heading the department, and she wants to continue that tradition.

“I just want to hold things together until Dr. Williams gets back,” Brady said. “She’s done a great job, and I want to keep that going.”