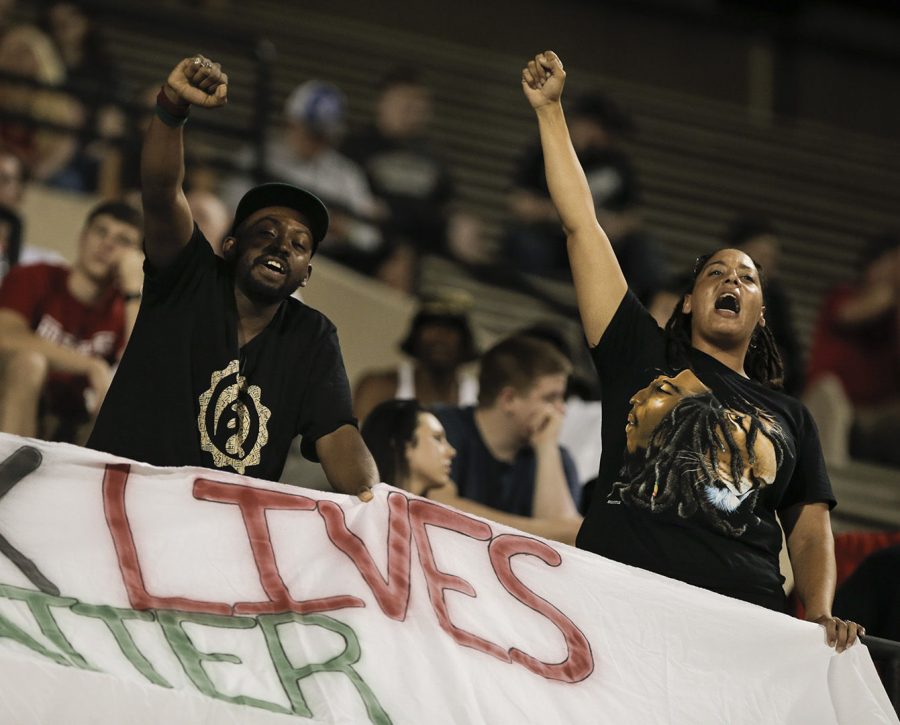 Graduate student Sarah Williams, right, and Rico Thompson chant “Black Lives Matter” during the Louisiana Tech. game, Thursday, garnering the attention of some people in attendance. While most of the crowd cheered as the Hilltoppers played, Williams and Thompson, along with other individuals, chose to demonstrate. Williams said there is no established group behind the act, “just a student led initiative to bring the Black Live Matter movement to WKU.” Alyse Young/HERALD