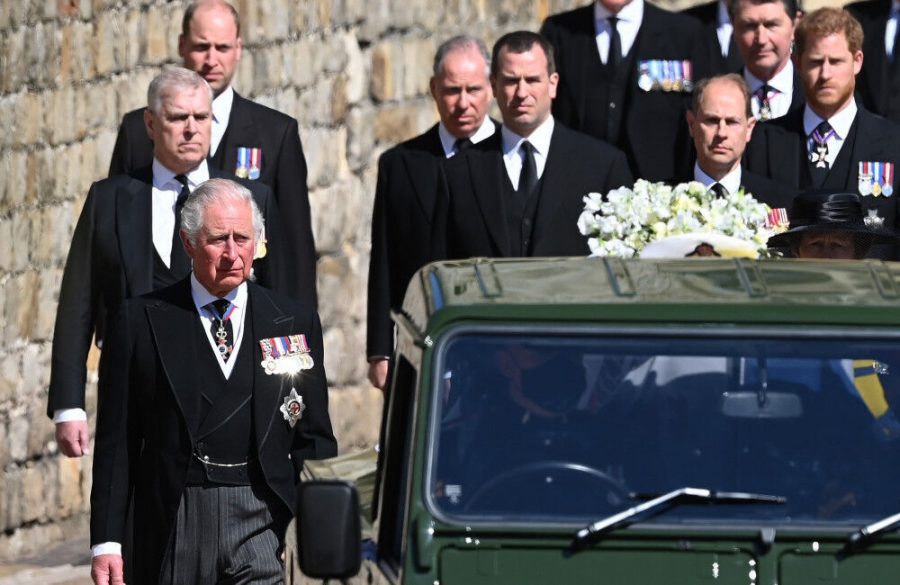 Prince William and Prince Harry were seated opposite each other at Prince Philip’s funeral service at St George’s Chapel.

During the procession for their late grandfather in the grounds of Windsor Castle, the siblings were separated by Princess Anne’s son Peter Philips, and after moving inside the chapel, William stood in front of Harry, before they took to different sides of the church.

It’s the first time the brothers have been seen together since The Duke of Sussex relocated to the US with his wife Meghan, Duchess of Sussex, after the couple stepped down as senior royals last year.

The Duke of Edinburgh was remembered for his “unwavering loyalty” to the Queen at his funeral on Saturday (04.17.21).

The longest-serving consort did not wish to have a eulogy or any readings by royal family members at his service, instead, The Dean of Windsor gave a bidding, in which he was commemorated for his “service to the Nation and the Commonwealth” and for his “kindness, humor and humanity”.

The Dean said at the small memorial service of just 30 guests: “We are heer today in St George’s Chapel to commit into the hands of God the soul of his servant Prince Philip, Duke of Edinburgh.

“With grateful hearts, we remember the many ways in which his long life has been a blessing to us.

“We have been inspired by his unwavering loyalty to our Queen, by his service to the Nation and the Commonwealth, by his courage, fortitude and faith.

“Our lives have been enriched through the challenges that he has set us, the encouragement that he has given us, his kindness, humor and humanity.

“We therefore pray that God will give us grace to follow his example, and that, with our brother Philip, at the last, we shall know the joys of life eternal.”

The Archbishop of Canterbury, Justin Welby, said in his blessing: “O Lord God, when thou givest to thy servants to endeavor any great matter, grant us also to know that it is not the beginning, but the continuing of the same unto the end, until it be thoroughly finished, which yieldeth the true glory; through him, who for the finishing of thy work laid down his life, our Redeemer, Jesus Christ. Amen.”

Following the moving funeral, Philip was interred in the Royal Vault at Windsor Castle in front of millions of viewers for the first time in Royal history.

The Duke of Edinburgh’s coffin was lowered into the burial chamber beneath the chapel – which was constructed between 1804 and 1810 on the instruction of King George III.

At previous royal funerals, only The Queen and close members of the royal family would be present.

It won’t be his final resting place, however, as Philip – who died on April 9 at the age of 99 – will be transferred to the gothic church’s King George VI memorial chapel to lie alongside his wife of 73 years, when she dies.