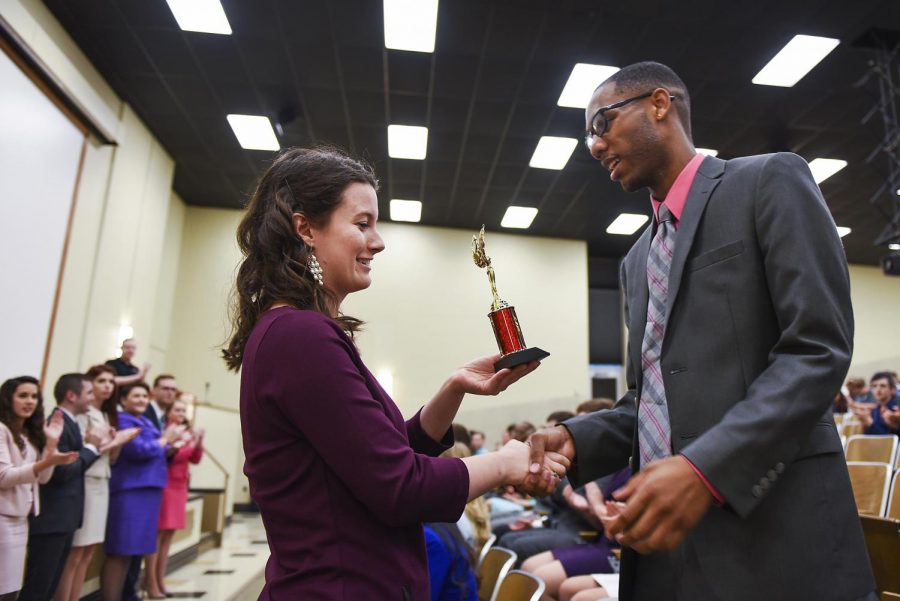 The WKU Forensics Team held its season-opening competition this weekend, playing host to 23 other universities.

Teams came from all over the country to participate in the three-day-long competition, which consisted of 13 events and five tournaments.

Teams came to the competition hoping to win the team sweepstakes award; as  the host, WKU did not compete for it.

Friday began with parliamentary rounds one through four and then took a break for the round-robin debate’s final round. The day finished with the first elimination round for the parliamentary competition.

As Saturday began, so did a new set of tournaments. Registration for the day’s tournaments began at 7 a.m.

Also on Saturday, “pattern A” and “pattern B” competitors participated in multiple rounds of poetry interpretation, prose interpretation and persuasion.

On Sunday, the finalists competed for overall wins in each category. The top six students would compete in after-dinner speaking, impromptu speaking, informative speaking, poetry interpretation and prose interpretation.

The winners were announced Sunday evening.

Newman said the forensics team has won the world championship every year it attended and is looking forward to another win this year.

“[After-dinner speaking] calls for the speaker to discuss a social issue by using humor,” said Birkey. “It was great making people laugh in the final round; it was even better impacting people with a message that was important to me.”

Sledge said she did not get to watch the other finalists because of other competitions, so it was a surprise when she won.

“It was a funny win,” said Sledge. “I didn’t really get to practice it, so I had to go with my gut.”