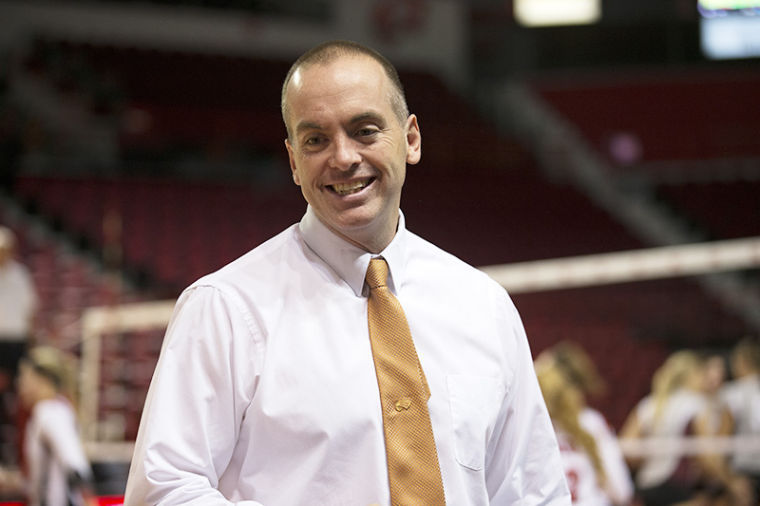 The Lady Topper volleyball team is waiting anxiously for a crack at the No. 5 Wisconsin Badgers, a nationally ranked team and 2014 Big Ten champion, at their season opener, set for Friday.

The Lady Toppers received votes in the American Volleyball Coaches Association (AVCA) poll, putting them at a pre-season national ranking of 27, and are slated to repeat as the Conference USA champions.

The Lady Toppers know that every opponent will have their number this season after their last 30-6 season. The team was picked as conference favorites for the title.

“I think the target is definitely on our back, and we’ll get everybody’s best game,” Head Coach Travis Hudson said. “These kids came here to play for championships and there is a certain amount of pressure that comes with that.”

While Hudson knows expectations are set high for the upcoming season, the team is trying to stay focused on winning one game at a time.

“I don’t think any of that is any pressure at all, I try to focus on the game more than the rankings,” said sophomore outside hitter Alyssa Cavanaugh.

The Lady Toppers were able to achieve success at a high level in 2014 with a win against eighth ranked Purdue in November. Their season opener this time around, however, will see them go up against an even higher ranked opponent.

“We just have to go up there and play our game like we know how,” Cavanaugh said.

The Lady Toppers have taken a slightly different training approach this season than in seasons past. Summer workouts have the gears churning, and the strength and conditioning coach has brought on a few new things to get the girls on the right track.

Cavanaugh recalled having 6 a.m. practices every day this summer. Crossfit was also a major point of the workouts.

“The girls will tell you that it’s not their favorite thing to do, but they understand it is a part of the process in becoming great,” Hudson said.

With an ample amount of experience and leadership returning to the court, the coaching staff will also look for incoming players to make an impact similar to the impact Cavanaugh and Lucas were able to offer in 2014.

One such player that has already caught the eye of her teammates is freshman middle hitter Rachel Anderson of Sturgis, Michigan, who began making a name for herself in the Lady Toppers preseason.

“Rachel will be a big step forward in the middle this season for our team,” said Cavanaugh.

“(Sydney) started for us last year on the right side and we didn’t really expect much from her offensively,” Hudson said. “She has had a tremendous off season, and I expect her to be a much bigger factor moving forward.”

“Our goal is to be dominant this season, and be together as a team,” said  Langenkamp.

“My number one goal for our team is to give ourselves a chance at the end and I think we have an opportunity to do that,” Travis said.

This story has been modified to omit unnecessarily repeated words.