Gordon Emslie steps down as Provost 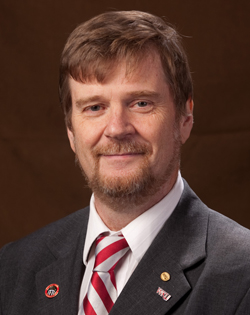 Five years, four new terminal degree programs and one reaffirmation of the University’s accreditation later, Gordon Emslie stepped down from his position as provost and vice president for Academic Affairs to return to teaching.

“It has been an intensely rewarding part of my career,” Emslie said in a press release. “Despite the numerous fiscal challenges of the past few years, the Division of Academic Affairs is in an excellent position from which to move forward in a number of areas, and in particular to fulfill the goals enunciated in the six-year Action Plan.”

President Gary Ransdell announced Emslie’s decision in an email today. After a brief sabbatical, Emslie will begin teaching in January in the Physics and Astronomy Department of the Ogden College of Science and Engineering.

David Lee, dean of the Potter College of Arts & Letters since 1992, will assume the duties of the provost on Monday, August 24. Lee will hold the position for two years. The search for Lee’s successor as provost will begin next summer.

The Herald will update this story as new information becomes available.