Toppers tour around the world: Taiwan 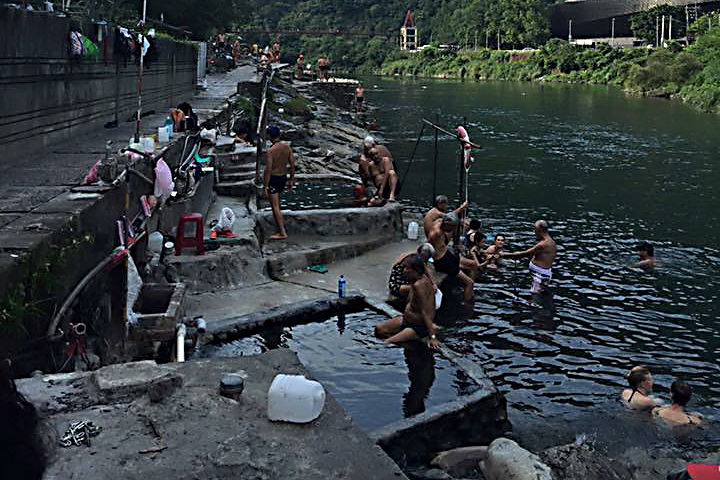 The city of WuLai, Taiwan.

Over the next several weeks, the Herald will be publishing stories about the summer adventures WKU students have taken around the globe.

This past summer a group of WKU students flew to Taiwan to participate in a study abroad program. There, they were able to immerse themselves in the culture and experience the country’s beauty.

Louisville native and junior Grant Rohleder is one of the students who spent 10 weeks at National Taiwan University studying Mandarin Chinese through the International Chinese Language Program.

ICLP is directly correlated with the Chinese Flagship Program offered through WKU. According to the program’s slogan, it “seeks to bring students from the beginning level of Chinese proficiency to the Superior level during their undergraduate career.”

Along with their major and minor courses, these students also took Flagship courses to improve their proficiency in the language they are studying.

Once invested in the program, Rohleder was presented the opportunity to pursue his studies in Taipei, Taiwan.

Junior Brandon Pruitt from Bowling Green, also joined the group as part of the Flagship Program.

“Being in an immersive environment really proves to challenge an individual as they truly rely on their language ability to survive,” Pruitt explained. “It was a rewarding growth through challenge.”

At National Taiwan University, the students were enrolled in four classes per day: two hours of standard Chinese, one hour of Chinese history and one hour of one-on-one tutoring.

“We had quizzes every morning along with weekly tests and presentations on Friday, so it was definitely a challenge adjusting to such rigorous Chinese studies,” Rohleder said.

The goal of this program is to take students who are intensively studying the language and to put them in situations where they have to use it consistently.

Ellen Linder, a junior international affairs and Spanish double major from Louisville, also traveled with the group to National Taiwan University and immersed herself within the culture.

“If I had to choose one of the most rewarding parts of the trip it would be being required to speak the language 100 percent of the time,” said Linder. “If you didn’t then you couldn’t communicate with anyone at all. You either spoke Chinese or you couldn’t eat that day because you can’t order food.”

Aside from studies, these students spent most weekends traveling to beaches, national parks, and sites outside of Taipei. Rohleder’s favorite experience was visiting the city of Wulai, Taiwan.

“It’s a very isolated small community surrounded by mountains on all sides with a beautiful waterfall, river and hot springs that we made sure to explore and experience,” Rohleder explained. “It was certainly an experience I never in my entire life imagined I’d find myself in.”

Pruitt said his favorite part of the trip, aside from studying and experiencing Taiwan, was his excursion to the southern tip of the country.

“It was incredible,” Pruitt said. “Surfing, motorcycles, the scenery all were a nice relaxation from the intensity of the school week.”

Despite the intensity of the 10-week study program, these students hope to study abroad outside of the Flagship Program in the future.

“I will definitely be going back to China at one point, but I hope to go to Latin America or South America in my upcoming time at WKU,” Linder said.

Many of the Flagship students will be obligated to travel to China because they will be required to spend a full year in the country in order to complete the program.

“I think any time that one leaves the comfort of their home they’ll change in some way. They’re exposed to new things, which inherently widens their perspective of life,” Pruitt said. “Another opportunity abroad was another factor that diversified my perspective of life.”