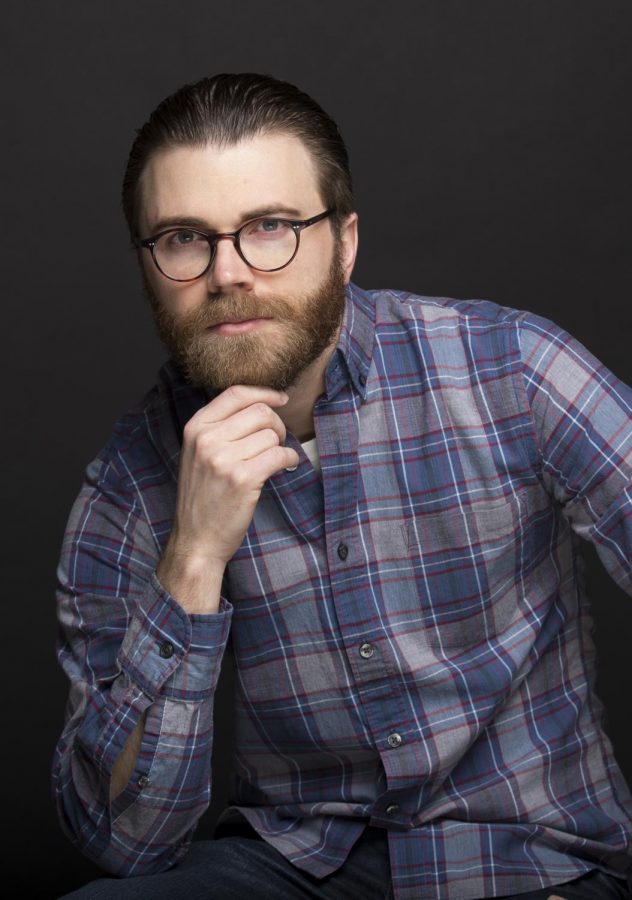 Assistant Professor Travis Newton, with the help of colleague Ron DeMarse, is in the process of creating a database of actors in the Bowling Green area to help connect film producers and actors. (Mike Clark/HERALD)

A group comprised of WKU faculty, students and alumni are collaborating on a short film this summer.

The following plot synopsis was provided by Newton in a WKU press release:

After getting in a fight at school, Zachary hides out in his uncle’s pickup truck in the family barn. When Zachary’s uncle Jacob catches him, he’s sure he’ll be punished. In a magnanimous, if perhaps reckless, gesture, Jacob offers to let Zachary drive his truck to get cigarettes. Zachary is only 13, and Jacob’s had too much to drink. On their trip to the convenience store, the pair bond over music and their shared penchant for delinquency. The confidence building exercise bonds the teenager to his uncle but further drives a wedge between Zachary and his concerned father. Will the young man grow up to be like his ne’er-do-well uncle or his responsible father?

Filming for the project began in July in the Bowling Green area—including the WKU farm. Funds for the project were made partially available through a grant from the Research and Creative Activities Program of the WKU Office of Research.

Wilson has been seen in the likes of Preacher, Plan Z, The Last Girl, Rectify, and Macbeth on Broadway, while Long has been seen in productions such as Helix, Lucky 7, Private Practice, Ghost Rider, The News Room and Mad Men.

The crew is comprised of WKU current film students and alumni, including independent cinematographer Max Moore.

Moore will help with cinematography on this project, but has made a name for himself in the film industry with his music videos.  His primary genres when making music videos are hardcore, punk, and indie—working in collaboration with music outlets such as NPR, MTV, VH1, SPIN, Pitchfork, Noisey Vice, and USA Today.

In the past two years alone, Newton has wrote/directed Leave No Trace, and directed Gym Shorts. Other credits include but are not limited to “Kirksdale” (2007 short), “The Wall” (2008 Short), and “Contingency”(2013 short).

Once “Woodshed” is completed, Newton will submit the film to multiple festivals across the country.