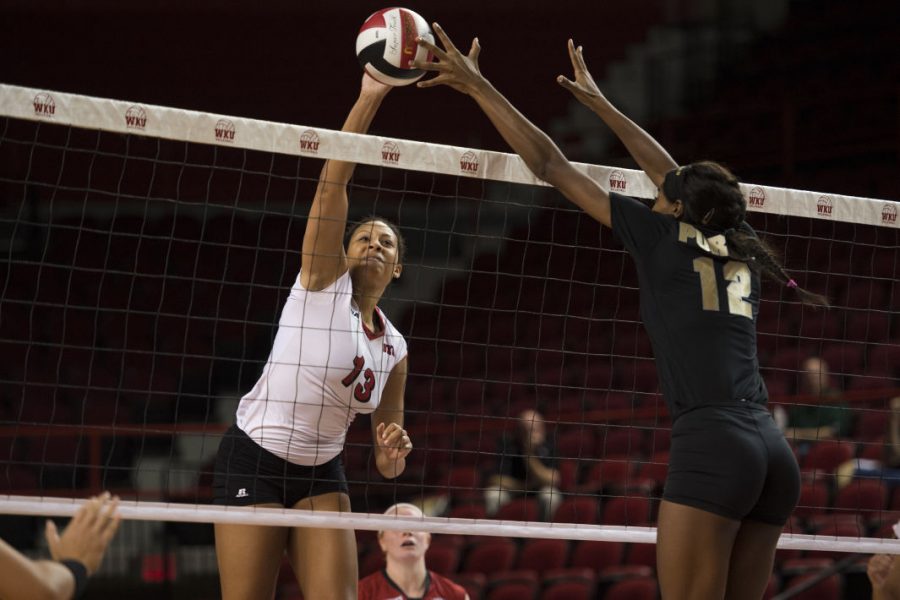 The defending Conference USA Champion Lady Topper Volleyball team is slated to retain the conference title this season, the league announced Thursday in its 2015 preseason poll.

The Lady Toppers claimed half of the regular season title last year with University of Texas San Antonio, who now sit second in preseason rankings—Rice, North Texas, and Florida Atlantic rounding out the top five.

Along with the preseason poll, the league also announced its 12-person Preseason All-Conference team—and three Lady Toppers made the list.

Sophomore Alyssa Cavanaugh earns her spot on the preseason all-conference squad after an inaugural campaign that saw her named an AVCA All-America and All-Region selection as well as C-USA’s Freshman of the Year. She provided balance to the Lady Topper squad with a team-leading 411 kills while also garnering 68 digs and 59 blocks.

Another Lady Topper on the list is fellow rising sophomore Jessica Lucas. The offense moved through Lucas in her freshman campaign at setter, helping the Lady Toppers to a 12th place national ranking in hitting percentage with a .273 mark. She was named C-USA setter of the week twice last season, and tallied 1,338 assists.

Rounding out the Lady Toppers on the preseason all-conference squad is Noelle Langenkamp. The senior middle hitter has pulled in all-conference honors in her first three seasons on the Hill, and last season Langenkamp was named C-USA preseason player of the year, and followed the preseason honors with a hitting clip within the top 10 in C-USA at .316 and 116 blocks.

The Lady Toppers return 10 players from last season and bring in three newcomers. The season kicks off August 28 with an away contest against 2013 National Runner-ups Wisconsin before the Lady Tops home opener September 8 against Austin Peay.