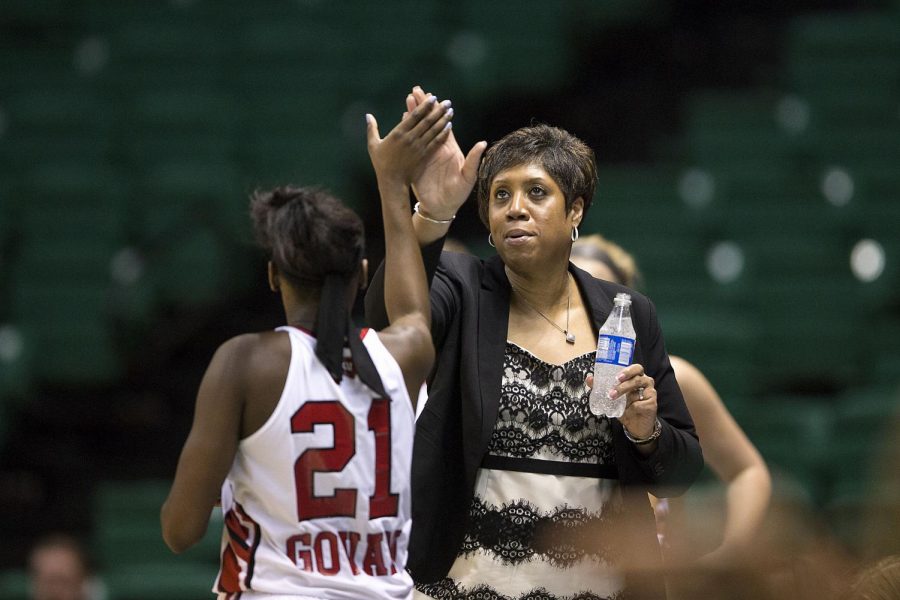 Assisted by the coaching presence of Michelle Clark-Heard, the USA Pan American Women’s Basketball team notched a silver medal in the 2015 Pan American Games on Monday night in Toronto, Canada.

After erasing a 14-point deficit in the semi final game against Cuba, the USA could not produce the same result against host-nation Canada, and fell short of gold 81-73.

Clark-Heard was one of two assistants on the team, coaching alongside Scott Rueck of Oregon State University and under head coach Lisa Bluder of the University of Iowa.

The USA’s squad went into the games already having secured Olympic qualification, so the tournament was viewed as an opportunity to mold the team into future Olympians.

UConn sophomore Kia Nurse highlighted the championship game—tallying 33 points and six rebounds for Canada despite her team struggling early. The USA entered the second quarter holding a 23-13 advantage after ending the first quarter on a 15-4 run.

Canada would bounce back in the second half due in part by the efforts of WNBA star Natalie Achonwa. The first half ended in a 36-36 tie.

Canada exploded out into the second half, scoring the first seven point of the third quarter.  The USA would attempt damage control and bring the game back within four at 43-39, but Canada was able to impose an 18-point deficit late in the third quarter that left the USA trailing 62-44.

Between the end of the third quarter and the beginning of the fourth, the USA went on a 15-0 run to trail Canada by just five points.

This would be the closest the USA got to tying the score, with the remaining score line going 19-16 in Canada’s favor.

The result comes the same day that the Lady Topper Basketball team released its 2015-2016 schedule that includes matchups with University of Louisville and Ole Miss as non-conference contests.

The reigning C-USA Women’s Basketball Coach of the Year will now return to Bowling Green and begin preparing a team that saw three seniors graduate last season—a trio that accounted for roughly half of the team’s total points last season.

Just as Clark-Heard was tasked this summer to mold talented yet unfamiliar faces for the United States Women’s National team, she will now be tasked with bringing in a new era of Lady Topper basketball, as eight new Lady Toppers have been brought in this offseason.