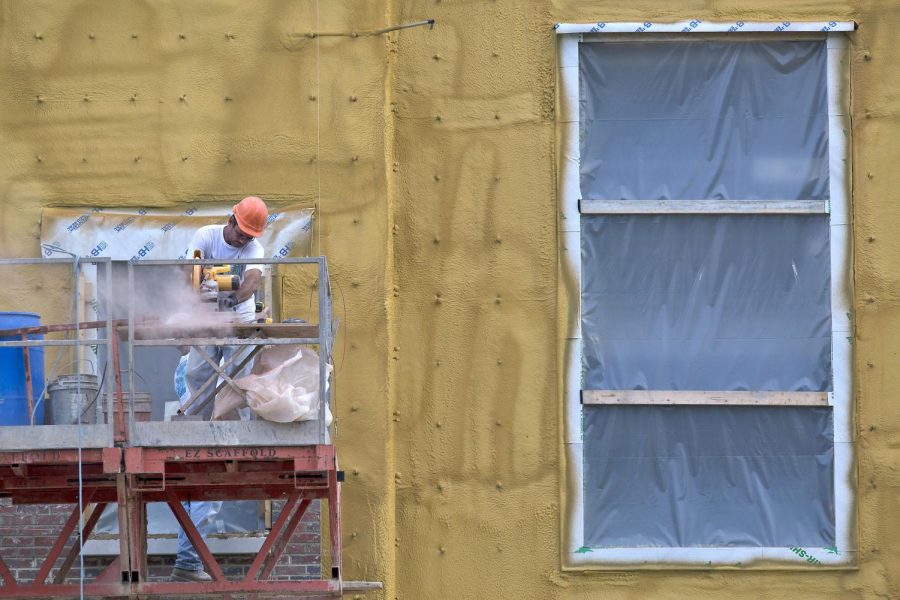 Construction will continue throughout campus as the spring semester comes to an end.

Chief Facilities Officer, Bryan Russell, recently sent a letter to the members of the Planning, Design and Construction department about the confirmed summer projects. Ben Johnson, assistant director of the PDC, said the summer is an opportune time for minor construction.

“We take this time to start construction and finish projects when campus doesn’t have heavy traffic,” he said.

The PDC has about 15 projects lined up for the summer, including roofing maintenance for Cherry Hall and the Preston Center, high voltage upgrades and repairs to the Fine Arts Center fountain.

The PDC team plans to apply aluminum coating to roofs of Cherry Hall and the Preston Center, which will extend their usefulness.

According to Johnson, replacing the roofs completely isn’t the better option.

“If we were to replace the roofs they would have a five- year life span [in estimate],” Johnson said. “Adding the aluminum coating guarantees longer sustainability.”

Outside of exterior concerns, the PDC are upgrading voltage services. This project is called High Voltage Phase Eight, and its budget stands at $1.1 million.

The high voltage upgrades will include Rodes-Harlin Hall, the Kentucky Building and Parking Structure 1.

Johnson said voltage can have a significant impact on the university.

“Part of the power outage in the PFT over winter break was partially due to the old voltage service,” he said.

The fountain in front of FAC will also be worked on over the summer. The fountain has been closed since last summer due to mechanical problems and the mosaic tiles have also been hard to maintain.

The PDC plans to keep the mosaic the same but will utilize different material besides the glass that is currently being used.

The glass can be hazardous to students as students may step on glass that has become loose, Johnson said. The project is budgeted to be $100,000.

Most of the summer construction projects will be funded through the university’s Critical Needs Fund. This fund is used to repair, replace and or construct things on campus that are considered a priority.

“There are at times a lot of things to do around campus, but we choose the ones with high priority when we use the Critical Needs Fund,” Johnson said.

Other projects include developing the recently acquired property at 1840 Russellville Road, which will be used as a park and ride for approximately 120 vehicles and  upgrading several fire alarm systems. The summer projects will begin on May 19 and are slated to be complete August 23.

The PDC will also continue to work on Thompson Complex North Wing and the Honors College and International Center, which is slated to open in August.