MARSUPIALS: And the winner is… 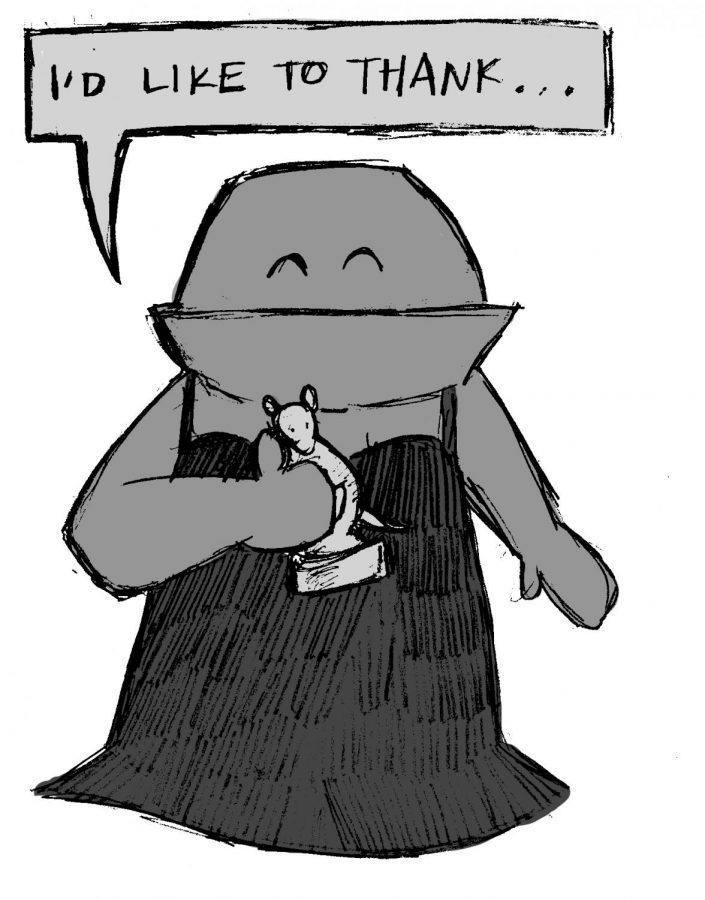 It’s time for our annual Marsupial Awards! A lot has happened this semester, and we wanted to take a moment to commemorate the best and worst of WKU.

The Dory Award goes to Bruce Marchionda, so he can just keep swimming… away from WKU.

The Watergate Deep Throat Award goes to the anonymous complainer who broke Postergate.

The Yearbook Award goes to the some odd 19,000 students who didn’t purchase a Talisman this year.

The Joker Award goes to Provost Emslie for promising raises to faculty for most of the year and then having it be the first thing cut.

The Full Stands Award goes to all the women’s athletics teams who kicked ass both on and off court this year, but didn’t have enough of us there to watch them do it.

The Honors College receives the Stroke Your Tower Award for erecting a brand new building.

President Ransdell gets the Cupola Award for all the construction we’re about to start paying for but will never see.

The Shantytown Award goes to the women of Pearce-Ford Tower for surviving Snowmaggedon.

Meanwhile, we present Housing and Residence Life with the Hilton Award for all the outstanding provisions that weren’t provided for the students without dorm rooms during the power outage.

The Elsa Award goes to the facilities staff for working hard to make campus safe to travel earlier in the semester.

The Work It, Hunty! Award goes to all the drag queens and kings who have more than deserved the centerpiece coverage for three of our issues this semester.

The Yin and Yang Award goes to our Herald advisors for being balanced.

The Carrie Underwood Award goes to the drivers who’ve ran over people this semester in hopes that Jesus would take the wheel.

The Cheers Award goes to everyone who’ll soon be able to fill up a pint on campus. Just make sure you don’t invite the swim team.

Rand Paul receives our Henry Clay Award because we would love to see another Kentuckian lose the presidency.

The International Reach Award goes to the Saudi and Chinese governments for letting us reach so far into their pockets.

The Padlock Award goes to Anthem on behalf of the 80+ WKU employees whose identities were stolen.

Hitcents Plaza receives our Empty Parking Garage Award for not being a hit and never making any cents.

The Extra-Super-Premium-Awesome-Limited-Edition-Gold-Dusted-Parking-Space Award goes to Parking and Transportation Services for the new parking garage plan. It looks like Hitcents has available parking in the meantime, though.

Brian Meredith receives our Duh-Nile Award for not admitting he sent our enrollment numbers down the river.

The In Memoriam Award goes to Thompson Complex North Wing for all the years it faithfully served.

We crown ourself with the Never Land Award, for all of our jokes that never land and “single-handedly kill journalism.”