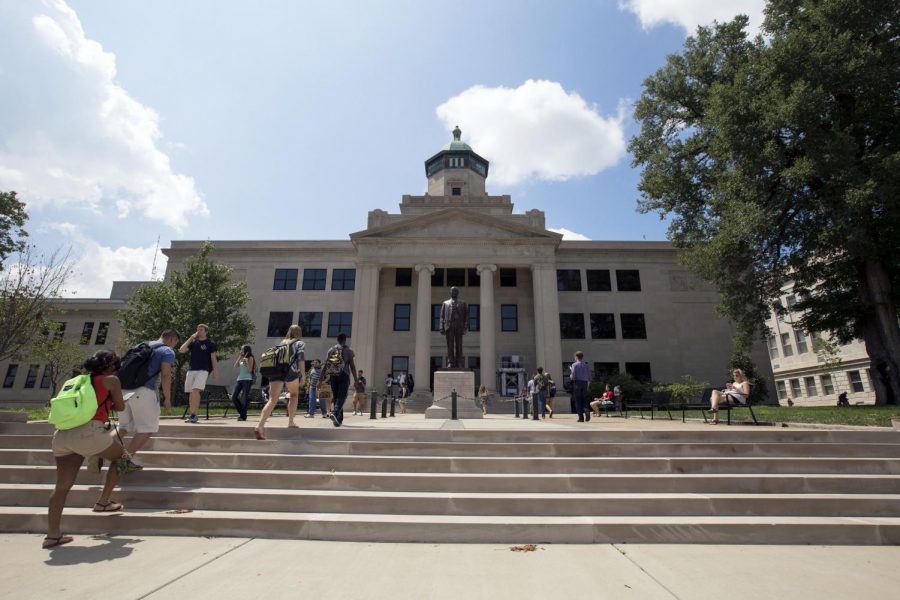 While WKU’s budget will grow in the 2015-16 year, it will result in cuts to colleges and departments throughout the university, under a budget plan presented to the WKU Board of Regents on Friday.

The cuts also will help cover a gap of $2.4 million caused by a drop in enrollment.

The total operational budget sits at $396.5 million—with an anticipated $195.2 coming from tuition and fees alone. The percentage of the budget made available through tuition and fees comes out to a projected 49.2 percent.

This percentage has grown dramatically over the past decade due to a lack of increase in state funding as well as an increase in scholarships being awarded by the university.

In 2008 tuition and fees accounted for roughly 38 percent of the total budget revenue sources—it now stands at almost half.

Simply put, the university extended scholarship opportunities to students, but did not expect as large of a number of students to accept them that did.  To compensate for the need for more scholarship money (that the university had already awarded without truly having the money available), almost $3.9 million in funding has been reallocated for academic scholarship usage.

In addition to scholarship funds needing to be made available, the university was also left with a $2.4 million shortfall from last year due to decreased enrollment and retention.

“You have the perspective of a department that is being asked to give up “x” part of their budget in order for the university to balance its budget,” President Gary Ransdell said. “That’s a budget cut to that department, clearly. From my perspective, we have a budget that is $4 million greater than last years budget but we have things that we are obligated to pay for, like $3.8 million in scholarships that students have been awarded.”

The office of academic affairs received a $5.5 million cut in funds to be reallocated in other facets of the budget. Dr. Gordon Emslie, Provost and Vice President for academic affairs has eliminated 10 faculty positions and one staff position to free up $733 thousand in staffing plan funds.

“Actually we are reallocating $6 million to make sure our faculty promotions were covered, which is an increased expenditure,” Emslie said. “So the first thing we did was make that 5.5 number more like 5.9 to account for that.”

The key to these eliminated positions for Emslie is that they were already vacated positions, so no faculty or staff lost their job as a result of the schematic change.

“Those were positions that were requested in the previous year at the budget council that were put on hold to see how things panned out,” Emslie said.

“I think the constituency of the faculty and staff is that every year we look at things we have to spend money on, that we have obligated and when you get to the bottom, there is nothing left for salaries,” faculty regent Dr. Barbara Burch said. “I think there is a good deal of frustration and questioning of that… I think most people on campus think faculty and staff compensation is not a very high priority.”

Compared to the office of academic affairs’ $5.5 million drop in available funding, the next largest sector to take a hit was the chief facilities office, which came to $681 thousand.

Here is a list of all the division and the amount of money they must trim to reallocate: