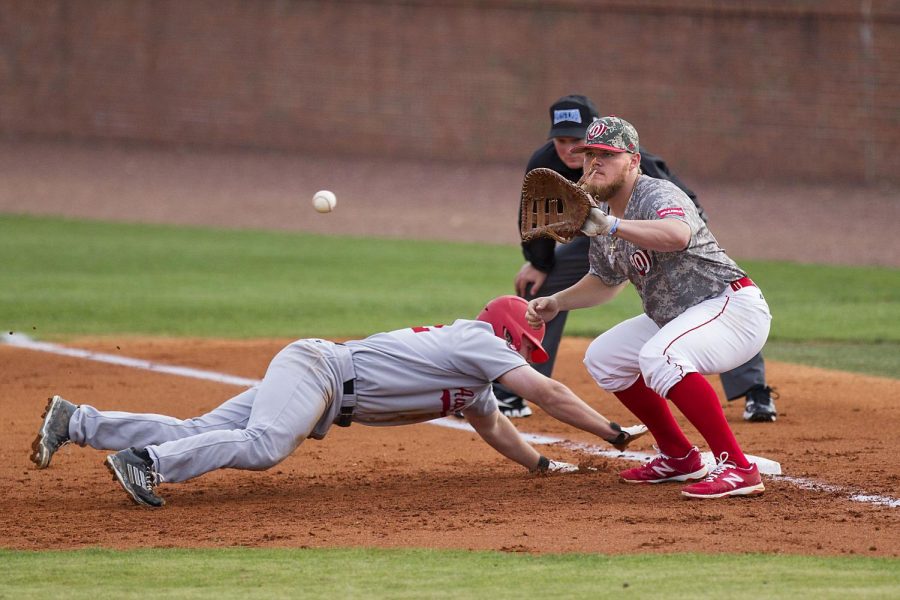 The WKU baseball team (23-23) dropped all three of its conference games this weekend against rival Middle Tennessee State (28-20) in Murfreesboro, Tennessee in heartbreaking fashion.

In the first two contests, the Blue Raiders managed to mount comebacks late to win on the last at bats of both match ups. The sweep now puts WKU at ninth place in the conference standings, meaning the Hilltoppers are currently out of the conference tournament.

“It’s unfortunate,” Head Coach Matt Myers said. “You got to make plays to win. We had enough chances to make plays this series, and we just didn’t do that.”

The first game saw an all-around performance from the Hilltoppers for the first seven innings as WKU held onto a 4-2 lead. The Blue Raiders, however, mounted a fierce comeback to score three runs in the final two innings.

WKU also saw solid performances from junior third baseman Danny Hudzina, who started the Hilltopper effort with a solo home run in the first inning, and senior first baseman Ryan Church, who continued his hot streak with two hits and an RBI.

The second match up saw more of the same heartbreak for WKU as the Blue Raiders rallied from a 4-3 deficit in the ninth inning to win 5-4.

The critical play of the game occurred with two outs and two strikes left in the bottom of the ninth. MTSU hit a single out to right field. Junior right fielder Trevor Lowe fielded the ball and threw it to home plate in attempt to stop the game-tying run from scoring, but MTSU managed to step around the tag to tie the game up at 4-4.

“That should have been an out, and it shouldn’t have ever happened,” Myers said. “We weren’t ready to make the tag there, but you can’t ask for a better throw from Trevor Lowe.”

“Kevin Elder was outstanding tonight, and he was so gutsy,” Myers said. “He did not deserve that kind of result.”

The last game of the series, on Sunday, showcased a Blue Raider victory as MTSU outhit WKU 12-8. The Hilltoppers committed three errors in the 9-2 blowout.

“Those guys over there just have some mojo going right now,” Myers said. “They aren’t better than us, but they have a lot of mojo right now. We just have to start finding ways to win.”

The Hilltoppers will be back in action in their final midweek game of the season, Tuesday against Lipscomb University in Nashville at 6 p.m. They will visit Marshall in a pivotal three-game league series next weekend.