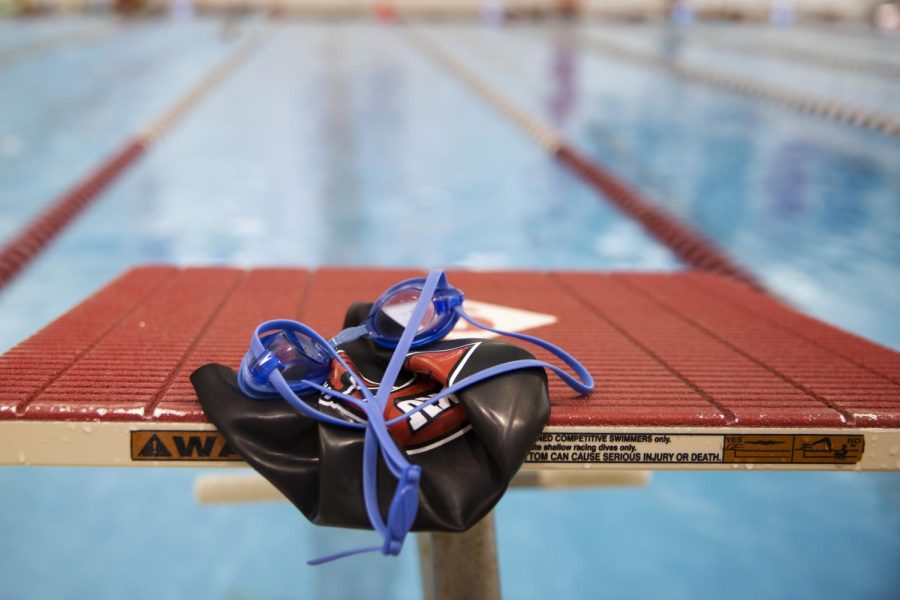 The Herald filed an open records request with the BGPD on Thursday asking for the document.

Craig initially filed complaints with BGPD on January 4, 2015, leading to an investigation both by police and WKU Title IX coordinators regarding the charges. In the document, Craig accused explicitly detailed situations of sexual assault between intoxicated male and female swimmers (including recruits), swimmers being forced to drink until they passed out, having to wrestle other swimmers despite injuries and being intimidated by firearms at the “party house.”

“When I was recruited by WKU, I was lead to believe that the goals of the swimming team were to improve its performance at NCAA championships by placing in the top 25 and that I would be an integral part of this effort by being on relay teams and contributing individually,” Craig said in the document.

Craig also noted he never received any documents about anti-hazing policies or “illegal activities including where and how to report them anonymously so that I would not be reprised against.”

See the original story below:

WKU announced via WKUNews press release this morning that the Men’s and Women’s Swimming and Diving program will be suspended for the next five years effective immediately.

This action follows the release of concluded investigations from the Bowling Green Police Department and WKU’s Title IX office. The investigations looked into hazing allegations brought forth by former WKU student and swimmer Collin Craig. The two investigations found the team under multiple violations-regarding hazing, drug paraphernalia and sexual assault.

According to the release, positions for Marchionda, Associate Head Coach Brian Thomas and Head Diving Coach Chelsea Ale will be eliminated June 30.

The team was notified this morning by President Gary Ransdell and Athletic Director Todd Stewart.

“We will always act in the best interest of the university and we simply must insure that our standards are respected,” Ransdell said in an interview. “A great university program stepped over the line and we had to deal with it.”

Ransdell said the Office of Student Judicial Affairs will handle individual matters regarding the investigations.

“This is a very difficult and unfortunate decision on many levels,” Stewart said via press release. “While many in the program have represented WKU with distinction, the overall findings of a consistent pattern of disappointing conduct is troubling and not acceptable at WKU.”

The Herald will update this story as more information becomes available. Here’s a full transcript of the email Ransdell sent to faculty and staff this morning.

This morning, WKU Athletic Director Todd Stewart and I announced that we are suspending our Men’s and Women’s Swimming and Diving program for five years effective immediately.  This action is both prudent and necessary following the conclusions reached in recent investigations by the Bowling Green Police Department and our Title IX Office. These investigations revealed flagrant violations of our Student Code of Conduct and sexual harassment policies. Specifically, the violations include hazing, underage alcohol consumption, and abuse, including engagement of perspective student athletes on recruiting visits to campus.  Additionally, the investigations found that coaches were aware of this pervasive culture and failed to sufficiently eliminate inappropriate behavior within these teams.

Todd Stewart and I have addressed the Title IX issues and the personnel issues with this action.  The Office of Student Judicial Affairs will handle matters with individual students related to the alleged violations of our Student Code of Conduct in accordance with the University’s student judicial process.  This process will take place over the next several weeks and will remain confidential.

It is important to note that the scholarships currently held by team members who remain in good academic and university standing will be honored.  Those who wish to transfer to another institution will be allowed to do so and will be eligible to compete immediately.

When students choose to participate in a formally recognized WKU organization, regardless of the nature of that organization, they become responsible for their actions, both as individuals and as a group. This University simply will not tolerate indecent, immoral, physical, or mental acts of disrespect or abuse among our students. We must all embrace a culture where every student is as important as any student.  When this culture is not embraced, we will act swiftly and firmly to ensure that the dignity and integrity of the institution is sustained.  It is our hope that over the next five years, the pervasive culture of misconduct and lack of sufficient oversight in this program will be flushed from our campus life.

Thank you for your patience while we allow this investigation process to run a full, complete, and objective course.  These actions are final.  Thank you.