Female hit by car on campus 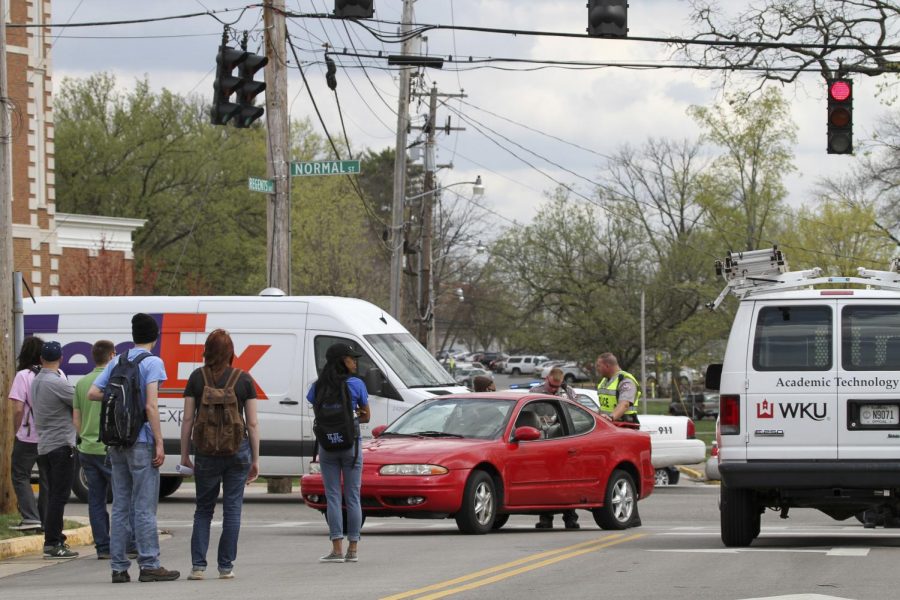 A female pedestrian was hit in the crosswalk at the intersection of Normal Drive and Regents Ave. on Thursday, April 2. Brandon Carter/HERALD

A female was hit by a car at the intersection of Normal Drive and Regents Ave. at approximately 1:50 p.m. Thursday.

The woman was taken away from the scene by ambulance. WKU Police say they don’t know the extent of the injuries.

Bystanders say the woman was in the crosswalk when she was hit and that the driver was not distracted.