Letter to the Editor: Higher Education: Save Us from Our Saviors 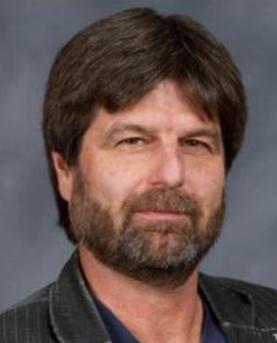 The model worked extremely well for over four hundred years in this country. Why we suddenly decided a generation ago that it was in danger of going off the rails continues to elude me.

To the point: If we want to dramatically improve effectiveness and efficiency in our colleges and universities, and get back to what we should be about in the academy, there are three groups we need to eliminate immediately: the gatekeepers, the micromanagers and the dictators.

First, let’s consider the gatekeepers. If your job is to make sure others are doing what they were hired to do, then it’s obvious we need to revisit our entire selection process. Empowerment works, if you can get the bureaucrats and the checklist enthusiasts out of the way. Most rules are unnecessary and exist primarily to manage the relatively small percentage of incompetent people who should never have been hired in the first place.

Only in higher education do we seem to confuse documentation with accountability and/or accomplishment. This mentality has been creeping steadily upward in the academia for the last forty years and does more harm than good.

Then there are the micromanagers. These are the misguided control freaks who are convinced God has provided them with insights into reality that were obviously spared the rest of us. There are many ways to be successful; thinking that it has to be done “your way” is delusional and worse, egotistical. As Jim Collins, author of ‘Good to Great’ accurately observed, the moment you feel the need to tightly manage someone, it should be self-evident you’re the problem; you’ve obviously hired the wrong person.

Micromanagers kill individual initiative, destroy self-confidence, and ultimately turn the workplace into a morale-sapping living hell for everyone involved.

Finally, let’s consider the dictators. These are the folks who have perfected the ‘gatekeeper’ and the ‘micromanager’ roles by taking pretentiousness to a whole new level (while providing Scott Adams tons of material for his ‘Dilbert’ comic strip). No, it’s not “strong leadership.” Its closer to what Howard said abut Sheldon on “The Big Bang Theory” when Raj referred to him as a dictator: “That’s why I added the ‘-tator.’”

The reality is some people just like to tell other people what to do – even though those ‘other people’ most times know exactly what they are doing and are fully capable of doing it quite well.

As far as I am concerned, the United States remains the gold standard when it comes to quality in the higher education. The only thing we really need to be saved from is our self-appointed saviors.