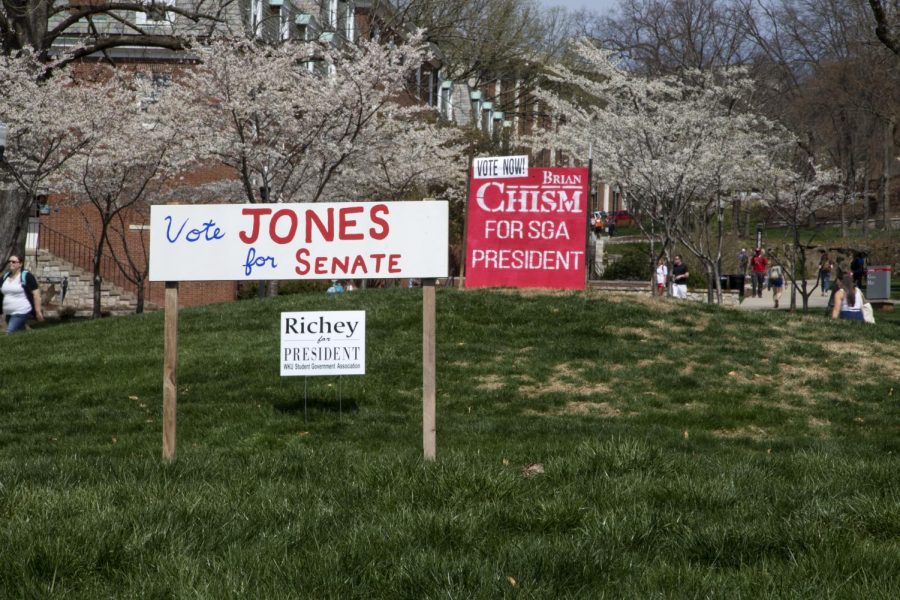 Like all elections, Student Government Association candidates’ wins come with a price tag.

“Cain spent every dime of his $350 because you’d be surprised how much high-quality posters and handbills cost, [he] comped a photojournalism student to take pictures of him and a design major to design his materials,” Taylor said.

Like Alvey, current candidates must record every expenditure and donation on an election expenditure sheet.

Some senators find $50 too small a restriction.

“A lot of senator candidates have come up to me and say that $50 isn’t enough, that it’s just a few nice flyers,” Taylor said.

Candidates can also accept donations from students and student organizations but with stipulations.

“No student or organization shall contribute more than $100 in total donations,” the document said. “Total contributions may not exceed the spending limit for the office being sought as prescribed above.”

Taylor said organizations do not include academic departments directly funded through university tuition. Organizations like Honors Toppers and Campus Activities Board, however, can donate.

Despite the cost of elections, Taylor called this year’s election season “highly competitive.”

“I haven’t known of a senate election as competitive as this since I’ve been involved,” she said. “We had well over 30 senators vying for 20 spots.”

That competition engages students in voting, and Taylor said there are more positive effects in addition to gaining new SGA members.

“I’m very excited to have such a competitive election because the publicity of the event overall has been great,” she said. “People are talking about SGA elections which leads to the follow-up question of ‘what is SGA?’”