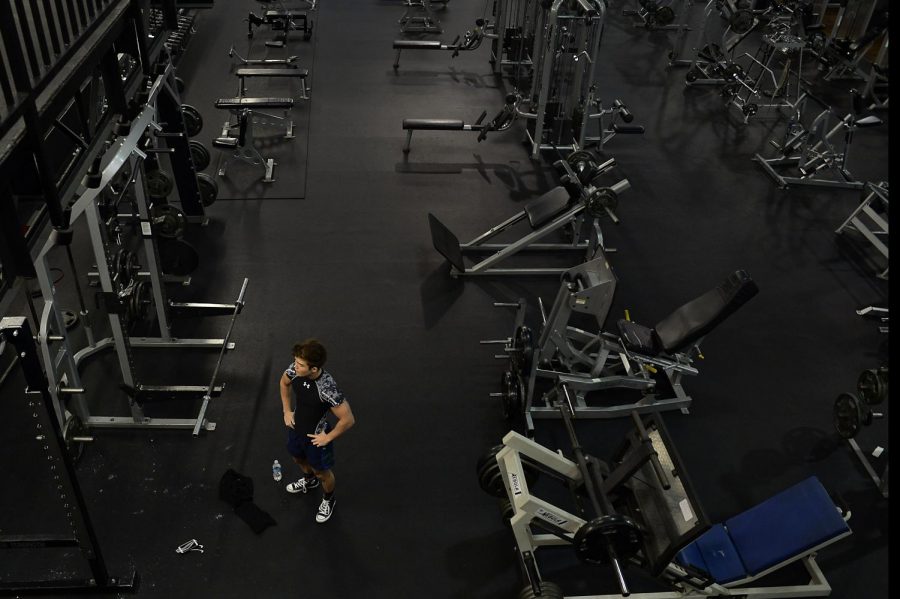 Jared Coffell, 19, of Elizabethtown, is a sophomore exercise science student at WKU, and an avid weight lifter.

After Sasha Teems, a physique trainer from Elizabethtown, spotted Coffell working out a little over a year ago, Teems recruited Coffell to compete in his first physique competition.

Two competitions and a few pounds later, Coffell just competed in his third competition, the annual NPC Kentucky Derby Festival Championships in Louisville. Coffell competed in the men’s class A, collegiate class A and teen division. He started his training eight weeks prior to the competition.

“My goal was to win first place in all three classes,” said Coffell.

Coffell trained in the gym six days a week, cut his calorie intake, practiced posing, weighed himself every morning and did everything he could to look as lean and well groomed as possible. On top of all the training he had to endure for the competition, Coffell had to balance his schoolwork, job and make even the slightest bit of time for his girlfriend, WKU student Brendan Bird.

“Though I barely had time to hang with my girlfriend, she was very supportive of me, even when I was in a grumpy mood from a lack of calories,” said Coffell.

With the support of his family and friends, Coffell walked on for his first set of judging on April 25 at the convention center in Louisville. After a long day of flexing and not drinking water, Coffell accomplished his goals, winning first place in all three divisions of physique.